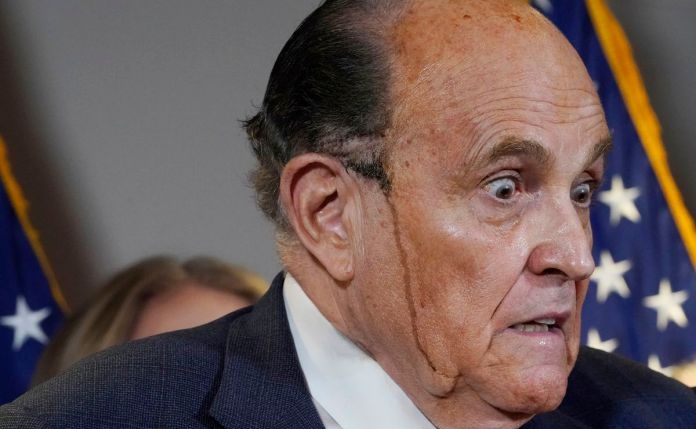 Furthering establishing his victory over Donald Trump, Joe Biden is confirmed as the winner of the key state of Georgia after a full recount.

After Georgia’s six-day hand recount of about 5 million ballots, Biden won by 12,284 votes. The recount discovered a total of about 5,800 uncounted ballots, with Trump cutting the final margin by about 1,400 votes.

Secretary of State Brad Raffensperger, a Republican, said the uncounted ballots were due to human error, and there was no evidence of widespread fraud.

Georgia’s historic first statewide audit reaffirmed that the state’s new secure paper ballot voting system accurately counted and reported results. This is a credit to the hard work of our county and local elections officials who moved quickly to undertake and complete such a momentous task in a short period of time.

Most counties had only single-digit changes in their tallies.

Georgia will certify the results by Friday. With Biden’s lead within a 0.5% margin, the Trump campaign has two days to request another recount using scanners.

With Georgia’s 16 electors, Biden win the Electoral College by 306-232. To cling onto the White House, Trump would have to find a way to overturn Georgia, Pennsylvania, and one other state.

The republican Secretary of State for Georgia declares that after hand recount the victory of ⁦@JoeBiden⁩ Stands. And now this statement from ⁦@realDonaldTrump⁩ campaign. Could it be argued the way this is written sounds – well – a bit desperate? pic.twitter.com/DvY8MIGFIR

Speaking from his base in Wilmington, Delaware, Biden said that Trump’s refusal to allow a transition of power — amid a Coronavirus pandemic which has taken more than 250,000 lives in the US — meant he would be remembered as “one of the most irresponsible presidents in American history”.

In response to a question, Biden said, “It’s hard to fathom how this man thinks. I’m confident he knows he hasn’t won, and is not going to win, and we’re going to be sworn in on January 20.”

He warned that, with Trump’s attempt to overturn the election, “incredibly damaging messages are being sent to the rest of the world about how democracy functions. It sends a horrible message about who we are as a country.”

Biden spoke after a virtual meeting with 10 State governors, five Republican and five Democrat, on measures to contain the pandemic.

A Desperate Move in Michigan

The summons appeared to be an attempt for the Republican-majority legislature to deny the popular vote and send Trump’s electors to the Electoral College.

The move followed an unsuccessful attempt to block the certification of results in Detroit’s Wayne County on Tuesday.

The two Republican members of the country’s electoral commission initially voted against certification in a 2-2 deadlock. Trump personally called the pair to thank them.

But the two members relented hours later after criticism of their action as irresponsible, undemocratic, and racist. They tried to switch again on Wednesday, but were told that the commission’s 4-0 vote had been sent to State authorities.

Trump attorney Giuliani subsequently withdrew a lawsuit over the county’s result, marking the withdrawal or loss of all of the Trump camp’s legal actions in Michigan. The Michigan Supreme Court is still considering an appeal of a lower court’s decision that the certification in Wayne County could not be halted.

Michigan Gov. Gretchen Whitmer was asked at a press conference about her message to Trump. She responded:

Stop spending energy to mislead about what happened in this election and spend it on a real Covid relief package. This election was overwhelmingly decided. It was a safe, it was a secure, it was a fair election, and Joe Biden won the state of Michigan by over 150,000 votes.

Speaking less than an hour after Biden, his Chief of Staff Ron Klain linked the Trump efforts with the deadly effect of the refusal to allow a transition: “While the President of the United States, in the middle of a crisis, was busy calling local election officials trying to get them to subvert the election in Michigan, Joe Biden did a call with frontline health care workers to hear their stories.”

Biden said in Wilmington, “We can’t wait”, with distribution of a vaccine “one of the greatest operational challenges we will have faced as a nation”.

“There is no excuse not to share the data and let us begin to plan,”

Earlier in the day, Trump had touted a press conference by his legal team — Giuliani, Sidney Powell, and Jenna Ellis — in “an open and shut case of voter fraud”.

But none of the attorneys presented evidence to back up sweeping claims.

Instead, Giuliani alleged that Democrats in cities such as Detroit and Philadelphia had “cheated in just about every single election”, and waved a mail-in ballot to proclaim that most of them are fraudulent: “That could have been Mickey Mouse. That could have a dead person….That could have been the same person 30 times.”

His “proof” of fraud in Pennsylvania was that Trump had led in early returns before, with the counting of mail-in ballots, Biden overtook him to win by almost 82,000 votes.

Giuliani railed about “Democrat bosses”, “provisional ballots”, and “50 to 60 witnesses”, but he producing no information — apart from one affidavit already dismissed by a Michigan court — and instead invoked My Cousin Vinny, “one of my favorite movies”.

So attention turned to the hair dye trickling down the side of his face. The Trump team had to cut off its audio feed as unknown narrators started a running commentary.

Undeterred, Giuliani spoke of a “plan” by Democratic leaders and Joe Biden to “corral Trump observers in pens”. Sidney Powell — known for her conspiracy theory that polling machines switched votes from Trump to Biden on Election Night — pressed ahead with a supposed plot involving the late Venezuelan leader Hugo Chavez, who died in 2013; the philanthropist George Soros; the Clinton Foundation; and “Antifa”.

"We will not be intimidated…We are going to clean this mess up now. President Trump won by a landslide. We are going to prove it. And we are going to reclaim the United States of America for the people who vote for freedom."—Sidney Powell pic.twitter.com/8KCEOGuL7w

And Jenna Ellis scoffed at reporters asking for evidence:

"Your question is fundamentally flawed, when you're asking, 'where's the evidence?' You clearly don't understand the legal process" — Jenna Ellis pic.twitter.com/I4n9G59Zwa

Christopher Krebs, the senior Homeland Security official fired by Trump after the Department said the election was the “most secure in American history”, summarized: “That press conference was the most dangerous 1hr 45 minutes of television in American history. And possibly the craziest.”

On Thursday night, the attorneys completed their performance with Ellis protesting on Twitter about the Georgia recount, “The Court of Public Opinion doesn’t matter here. The rule of law does.”

Giuliani, slurring his words, said on Fox TV that “some place in the Biden campaign” directed officials in 10 “crooked Democratic cities” to “steal about 2 million votes”.