7 Killed in Bombings in Northwest Syria 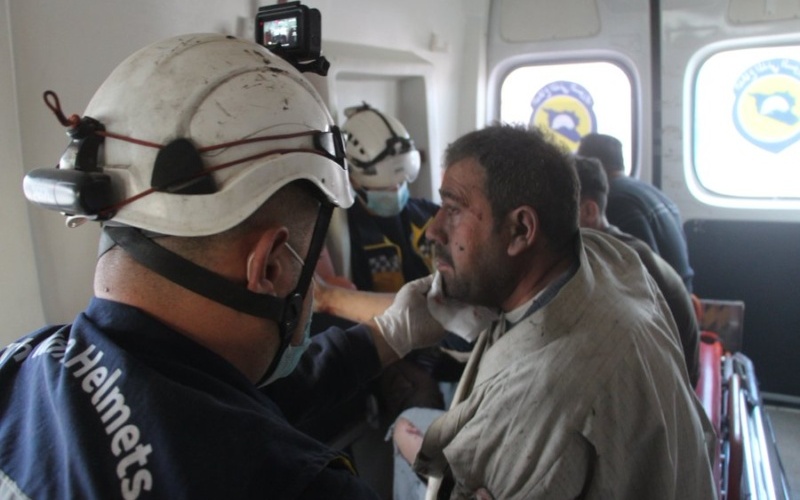 At least seven people have been killed in two bombings in northwest Syria near the Turkish border.

Five people were killed and 20 wounded, some critically, in the first blast at a road junction outside al-Bab in northern Aleppo Province.

A few hours later, at least two civilians was killed and 17 wounded in a car blast in Afrin, a city taken by anti-Assad forces and the Turkish military from the Kurdish YPG militia in early 2018.

Cars were destroyed, with extensive damage and fires burning in an industrial area. Civil defence officials said the death toll is expected to rise.

Another tragic day in Syria today, 7 people were killed as a result of unknown explosion in #AlBab and #Afrin cities in #Aleppo. Meanwhile, the regime forces continue to violate the ceasefire in #Idlib in northern #Syria. pic.twitter.com/RNZ2wXQrov

Both cities have been periodically struck by bombings of civilian areas, killing scores of people. Turkey and Syrian rebels say the YPG is responsible as it tries to regain the Kurdish canton of Afrin.

The YPG, which has denied responsibility, made no comment on Tuesday’s attacks.