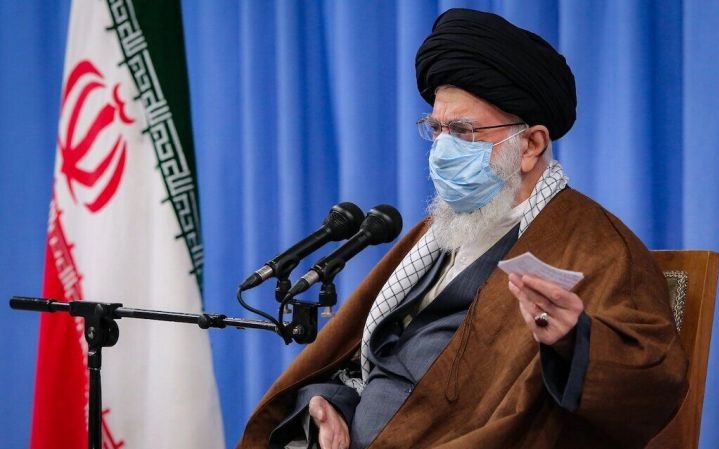 The Supreme Leader has signalled to the incoming Biden Administration not to expect the resumption of negotiations — at least in public — over the 2015 nuclear deal between Iran and the 5+1 Powers (US, UK, Germany, China, Russia, and France.

Many Iranians have greeted the news of a President-elect Joe Biden with hope that the US will return to the deal, from which the Trump Administration withdrew in May 2018, and lift comprehensive sanctions imposed six months later and extended throughout 2020.

Speaking to a Tehran religious congregation, Ayatollah Khamenei said he would “discuss practical solutions that will give quick results” amid Iran’s economic crisis.

But much of his speech was devoted to the rejection of immediate talks with Biden and his officials — some of whom, like former Secretary of State John Kerry and the new National Security Advisor Jake Sullivan, were central in the negotiations for the 2015 deal.

Referring to his acceptance in autumn 2013 of discussions with the US, after he was presented with a dossier about Iran’s dire economic situation by President Hassan Rouhani, the Supreme Leader said, “We tried to remove the sanctions through negotiations one time, but it was fruitless.”

He instead returned to his mantra of a self-sufficient “Resistance Economy”, which he has promoted since 2012: “If we can overcome sanctions with diligence, creativity, resistance, and endurance in the face of problems, and if the other side sees the futility of its sanctions, they will gradually stop imposing such sanctions.”

Khamenei offered no evidence for a Biden Administration seeing the “futility” of the US position. Instead extended his criticism to European powers, including those are in the nuclear deal and who have sought an American return to the agreement.

European leaders such as French President Emmanuel Macron have suggested a renewed agreement and economic links, with Iran accepting talks over its missile research and development program.

The Supreme Leader bluntly rejected that line: “They tell us that we should not have missiles. What does this have to do with you? Go correct yourselves first before saying anything.”

He concluded, “We cannot trust foreign powers and pin our hopes on them.”