Hardline MP: “Execute President Rouhani 1000 Times” If He Negotiates with US 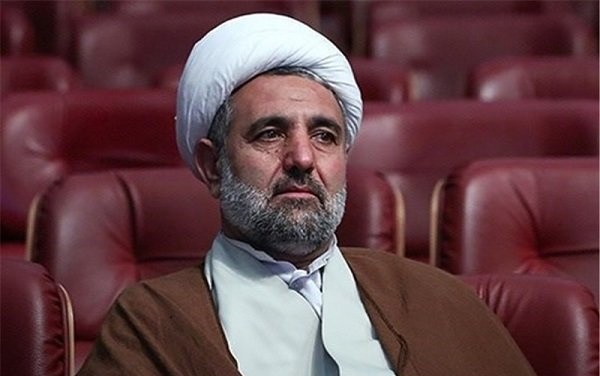 Hardline MP Mojtaba Zonnour (pictured) has said President Hassan Rouhani should be executed 1000 times if he pursues negotiations with the US.

Zonnour, the Chairman of Parliament’s National Security and Foreign Policy Committee, tweeted on Friday, “The Rt. Hon. Rouhani, if you are justifying negotiations with the enemy…the overwhelming majority of the Iranian people today will not be satisfied with less than your dismissal, and the Supreme Leader of the Revolution should order to execute you one thousand times.”

In a speech last Wednesday, Rouhani referred to Shia Islam’s second Imam, Hassan, who made peace with an opponent in the 7th century because “the overwhelming majority of society and people” desired it.

The President’s opponents immediately framed the remarks as Rouhani’s willingness to negotiate with the US, despite — or because of — the Trump Administration’s escalation of comprehensive sanctions.

Another hardline MP, Mojtaba Rezakhah, said Rouhani had misinterpreted Islamic history. He continued that, far from obtaining an easing of US sanctions, the President had seen American restrictions which led to a drop of more than 90% in the value of the Iranian currency.

The Friday Prayer Leader in Iran’s second city Mashhad, Ayatollah Ahmad Alamolhoda implicitly chided Rouhani and warned of US perfidy by citing the 7th century precedent, “The ‘insiders’ and ‘people accomodating to the enemy’ betrayed the Shi’ites’ second Imam.”

The hardline daily Resalat echoed the criticism, saying Rouhani does not understand politics or religion.

Rouhani Lashes Out at “Ill-Wishers”

Rouhani implicitly pushed back in a Sunday meeting of the Cabinet’s Economic Coordination Board, “A few people with partisan, factional, and transient political motivations [should not] pave the way for the realisation of the evil desires of the ill-wishers of this land.”

But he showed no sign of broaching talks with Washington. Instead, he resented a successful defiance of the AmTrump Administration’s measures: “Although inhumane and illegal US sanctions have reduced foreign exchange earnings significantly, more than 2 1/2 years after the sanctions, the Government has prevented the realisation of America’s sinister goals of collapsing our country.”

The President defied the fall of up to 95% in oil exports and between 60% and 95% in non-oil sales to top customers like China, Turkey, the Gulf States, and India: “Comprehensive support for increasing the role of [the private] sector in the economy and handing over the field of production and export, especially to knowledge companies, will have an important place in the government’s economic policies”.

See Iran Central Bank Head: “Pressure on Us Is Increasing” as Currency Plummets