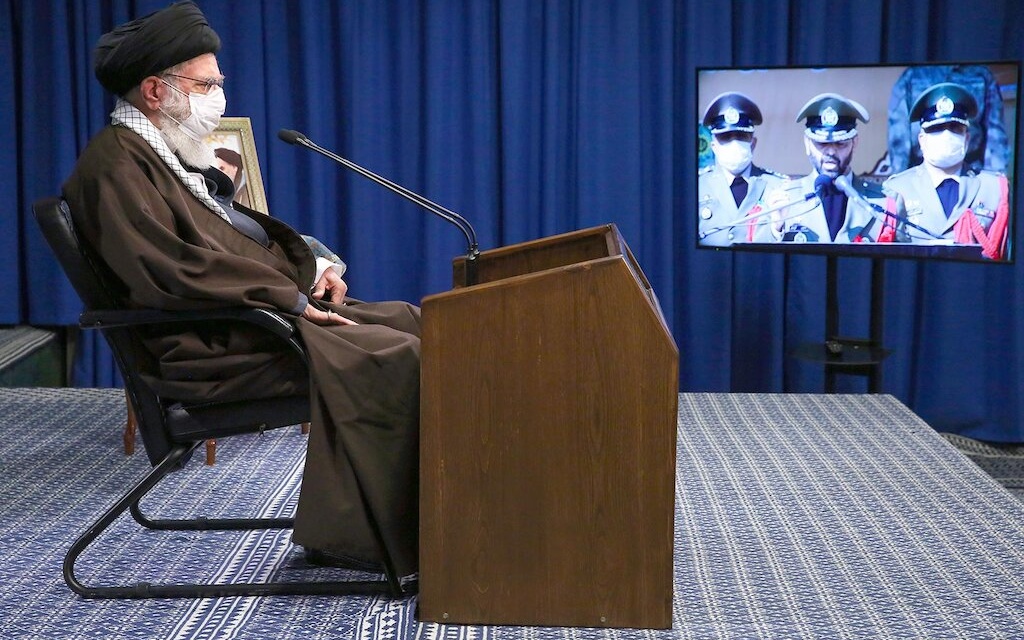 The Supreme Leader has admitted that US sanctions are contributing to Iran’s economic crisis.

Speaking to graduating military cadets on Monday, Ayatollah Khamenei castigated the Trump Administration over the comprehensive sanctions, imposed in November 2018. But in doing so, he effectively acknowledged that the “maximum pressure” measures have exacerbated Iran’s problems with production, trade, investment, employment, and a historically-weak currency.

The US President happily says that by imposing maximum pressure & sanctions, they have disrupted Iran’s economy. Only reprobates like him take pride in committing crimes against a nation.

Khamenei did not go into detail about the damage caused by the crimes, but proclaimed, “We have economic problems that are all resolvable. The remedy to these problems is relying on domestic production & removing loopholes such as smuggling, reckless imports, & financial corruption.”
”
He expressed the hope, “God willing this maximum pressure will lead to the maximum disgrace of the US. With God’s grace, we will make them regret.”

But Foreign Ministry spokesman Saeed Khatibzadeh pointed on Monday to “these decisions and sanctions [that] have caused serious monetary and financial damages to Iran”.

Khatibzadeh said, “We have been working for months to stop such shocks,” but then turned to the empty declaration that Iran will get reparations from the International Court of Justice:
“Iranian people should not doubt that we will cash compensation for all damages cent by cent.”

The International Monetary Fund has projected that Iran’s economy will contract almost 11% this year amid the Coronavirus pandemic, following a 7.6% decline in 2019.

Oil exports are down up to 95%, and non-oil sales to Iran’s leading customers such as China, Turkey, and the Gulf States have declined between 60% and 95%.