EA on Monocle 24: Biden, Coronavirus, and Last Season of the Trump Show? 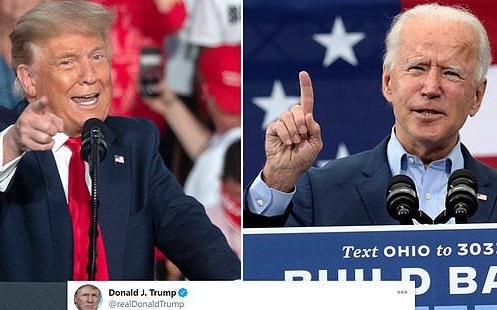 I joined Monocle 24’s Emma Nelson on Monday to discuss the latest twists in the US Presidential campaign, from the steady line of Democratic candidates Joe Biden and Kamala Harris to the turmoil of Donald Trump’s attempt to retain office.

I highlight the uncertainty of Trump’s status as he recovers from Coronavirus, even as he declares that he is “the perfect physical specimen”.

The uncertainty doesn’t matter to Trump because he has a bit of an ego and wants to be seen at rallies, and he is trailing Joe Biden significantly in polls, including in swing states….

A President Sick and Unmasked: Is This The Final Season of the Trump Show?

We consider the latest disinformation, with the Trump campaign’s distortion of Dr. Anthony Fauci’s assessment, and the fading hope of the campaign that it can win through the Supreme Court nomination of Amy Coney Barrett.

Biden and Harris want to stay off making Amy Coney Barrett the star of this show….They want Donald Trump to be the star of what is not a feel-good success film, but of a man-made tragedy in which he is the chief architect of the deaths and the destruction.