A President Sick and Unmasked: Is This The Final Season of the Trump Show? 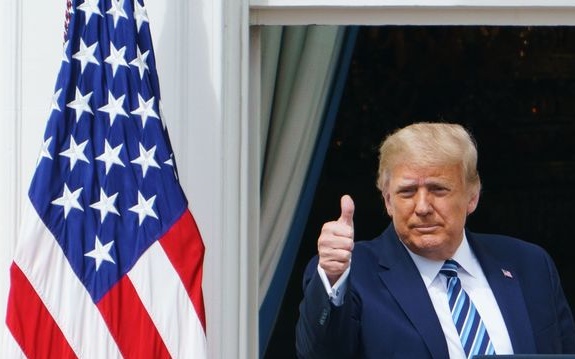 Originally written for the Irish Independent:

The past week was one of the dramatic highpoints in the wildly popular White House soap opera “The Trump Show”.

A stricken president does battle with a deadly virus while the nation holds its breath (generally good practice during a pandemic), sends video messages from a hospital room that looks a lot like the set in Celebrity Apprentice, takes part in a drive-by photo op waving to his fans outside the hospital and flies to the White House to ascend a balcony where he slowly removes his mask, and salutes a helicopter.

The choreography and production were top-notch and the end product was a good-to-go video tweeted to the president’s supporters, and already inserted in election TV commercials. The balcony scene was immediately iconic, an extraordinary example of political theatre. Trump detractors were quick to reference Mussolini – but the imagery was not created for them….

When reality bites? Trump doubles down on his performance and take the fight to reality itself.

So we have the dramatic spectacle: Trump Versus the Virus. In the red corner, the 74-years-old 45th President of the US, a “bit overweight” but in “astonishingly excellent” health, according to his personal physician. In the blue corner, the Coronavirus, also known as Covid-19, aka the plague, a known killer, unbeaten in all contests.