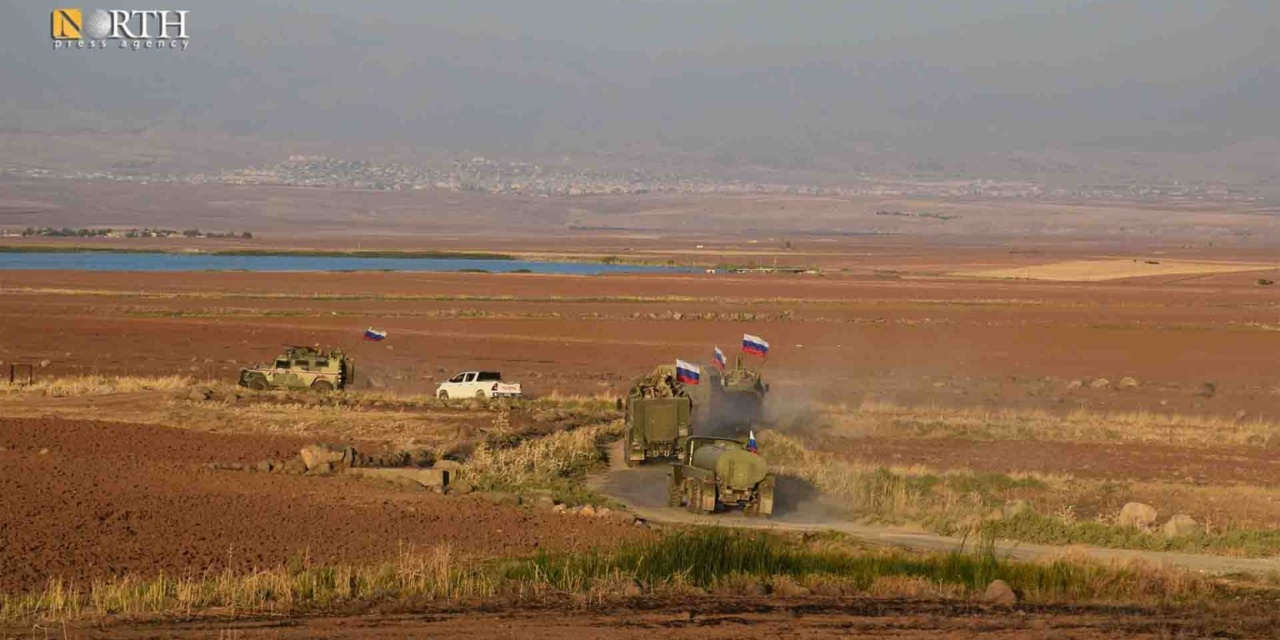 A Russian patrol withdraws from Ain Diwar village, in the Derik countryside of northeast Syria, October 11, 2020

Protesters in northeast Syria have again challenged Russia’s attempt to establish a military outpost in the area.

Dozens of residents in the village of Ain Diwar, near the Turkish border, rallied on Sunday in opposition to the Russians’ fifth effort to set up the position. They reportedly blocked 11 armored vehicles from a Russian patrol which had begun at Moscow’s base in the city of Qamishli

A Russian transport helicopter was filmed as it hovered over the protesters in an attempt to disperse them.

Local sources said they were told by a translator, accompanying the Russian forces, that the patrol will be in Ain Diwar for two weeks to train Assad regime troops.

In late September, Russian forces withdrew from the nearby village of Borza after they faced protests. Earlier in the month, about 12 Russian armored vehicles were pushed out of the village of Sarmsakh, with more than 200 residents demonstrating.

Much of northeast Syria is controlled by a Kurdish autonomous authority, after the US-supported, Kurdish-led Syrian Democratic Forces removed the Islamic State between 2017 and 2019.

However, there is also a regime presence, enabled by Russia’s military operations.

Moscow has tried to bring in Kurdish factions in efforts for a political resolution, but has been stymied by the regime’s refusal of autonomy and insistance that it will “regain every inch” of Syria.

So Russia has tried to undercut US support for the Kurdish control, through propaganda, disinformation, and clashes between Russian and American personnel.

See UPDATED: 7 US Troops Injured in Clash With Russians in Northeast Syria