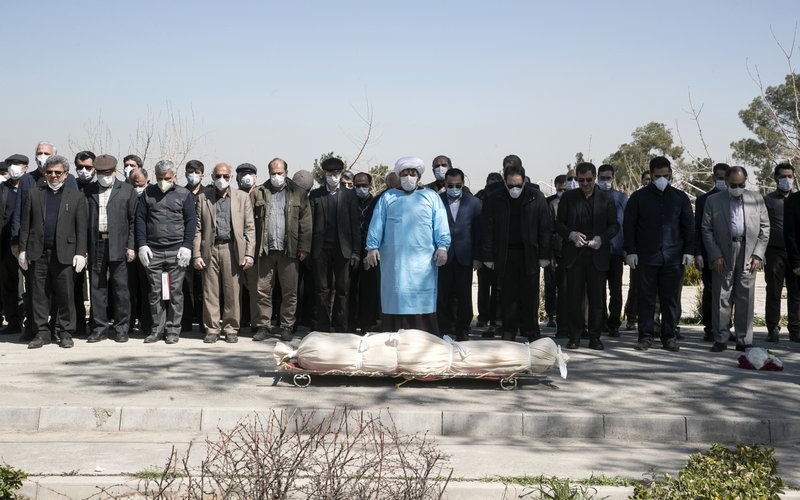 Iran’s twin crises of surging Coronavirus and a falling currency were put in stark relief on Tuesday by historic records in both.

The Health Ministry announced the highest numbers of daily Coronavirus cases since the outbreak began in February, with 3,712 new infections taking the official total to 429.193.

The Ministry reported 178 deaths, raising the official number to 24,656. Almost 4,000 patients are in critical condition.

All of Iran was put on “red alert” last weekend, with officials blaming the virus’s spike on travel for the Muharram religious holidays and failure to observe social distancing. President Hassan Rouhani said:

The statistics presented…today show that the rate of observance of people has decreased to 62% in the last week from 82%, which is very worrying. If people do not pay attention to warnings and public education, we will face a big problem in the coming months.

See UPDATED: Coronavirus — All of Iran on Red Alert as Deaths and Cases Surge

But amid Iran’s serious economic problems, Rouhani refused to reimpose restrictions on businesses, mosques, schools and universities, and public places from March.

The measures brought the official daily cases down to 803 on May 2. Their lifting, which began on April 11, soon led to a trebling of cases and a resurgence of deaths.

But Rouhani held out, and students returned to schools and universities two weeks ago.

The Government’s priority on the economy has failed to bring stability amid long-term problems with production, investment, trade, and employment, compounded by comprehensive US sanctions.

The latest fall follows the Trump Administration’s announcement of sanctions on another 27 Iranian individuals and companies connected with the weapons industry, and the threat to other countries and firms not to trade with the Islamic Republic.

Rouhani admitted last week that Iranian oil revenue has fallen more than 80%, with exports slashed up to 95% since April 2018. Non-oil trade has declined sharply with Iran’s largest customer China (61%), Turkey (75%), Gulf States (almost 60%) and India, South Korea, and Japan (up to 95%).

Iranian State and semi-official media ignore both stories today. Instead, they focus on Rouhani’s address to the UN General Assembly, with its declaration, “The United States can impose neither negotiations, nor war on us.”

There are also stories on new combat drones for the Iranian Navy and a fire in a dairy factory in southwest Iran.

There is also the ongoing promotion of the Supreme Leader’s speech on Monday, marking the start of the Iran-Iraq War in 1980, as “Iran’s 40-year ‘Sacred Defense’ against global arrogance“.