UPDATED: Coronavirus — All of Iran on Red Alert as Deaths and Cases Surge 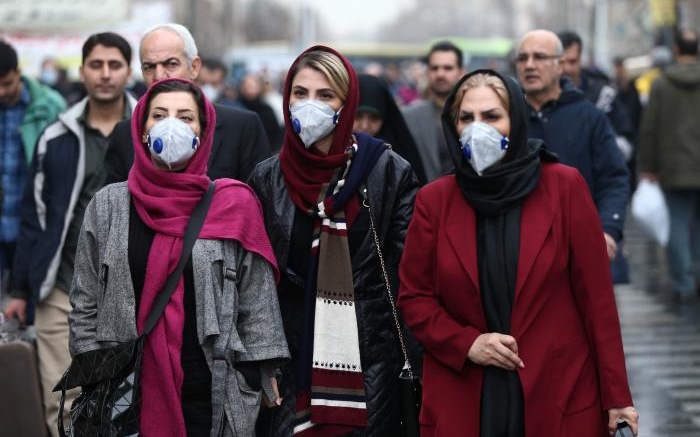 All of Iran is now under a Coronavirus “red alert”, as cases and deaths resurge.

We do not have green, yellow, and orange colors anymore; we consider the entire country under red alert.

We are facing numerous waves. We are in a turbulent sea.

Harirchi warned that if there is no reduction in traffic and physical contact, and if there is no increase in the use of masks, the daily death will be more than 200 per day.

He criticized the public over pressure for mitigating therapies and a cure with “unwarranted demanding and pursuing baseless allegations”: “Iranians should spend their time finding ways to encourage themselves, their families and the community to respect the maximum anti-Coronavirus guidelines.”

Addressing the National Task Force for Fighting Coronavirus on Saturday, President Hassan Rouhani said, “The statistics presented…today show that the rate of observance of people has decreased to 62% in the last week from 82%, which is very worrying. If people do not pay attention to warnings and public education, we will face a big problem in the coming months.”

He called on the Health Ministry and State media to provide more training in protection against Coronavirus: “The virus is everywhere and health protocols must be followed.”

But he again rejected the reimposition of any restrictions on public spaces.

ORIGINAL ENTRY, SEPT 19: More Iranian cities have been put on “red alert” as Coronavirus resurges across the Islamic Republic.

Health Ministry spokeswoman Sima Sadat Lari announced that the number of cities at the highest emergency level has increased from 88 to 109.

She cited the “relative increase in the number of afflictions and hospitalizations in most of the provinces across the country”.

The official toll of daily deaths is at its highest point since August 12, and official daily cases at their highest since June 4. Deputy Health Minister Alireza Raisi warned this week of a “third wave” of the virus, amid travel for the Muharram religious holidays.

Reza Nejati, the spokesman for Coronavirus management in Khuzestan Province in southwest Iran, warned, “If the current situation persists and intercity travels continue, all Khuzestan cities will definitely suffer from the deadly virus.”

The Goverment has advised against travel between cities and provinces. However, President Hassan Rouhani has refused to reimpose restrictions to contain the virus.

In March, the Government closed busineses, mosques, schools, restaurants, and other public spaces and restricted movement. But amid Iran’s economic crisis, Rouhani began lifting the measures from April 11.

The easing soon led to a trebling of cases and a resurgence of deaths. But the President has held out, and students returned to schools and universities two weeks ago.