Co-written with the University of Birmingham’s Mark Saunders and Marcus Holmes of the College of William & Mary Mark NK Saunders and originally published by The Conversation:

Ashok Mirpuri, Singapore’s Ambassador to the US, recently said that achieving trust in diplomacy is “about the cues and nuances” that come from face-to-face interactions. What Mirpuri did not elaborate on, however, is that reading others when you’re in the same room together can just as easily reveal clues about their untrustworthiness.

Historically, diplomats and world leaders have made great efforts to meet their counterparts, believing face-to-face diplomacy offers the best possible way to read each others’ intentions. The challenge to diplomacy raised by the coronavirus pandemic is what happens when such physical interactions are becoming increasingly rare.

Recently, a growing number of diplomatic gatherings, including the G8 and UN security council meetings, have taken place virtually. Now the UN General Assembly is meeting online for the first time in its 75-year history.

Can virtual interactions still provide sufficient cues and nuances for trusting bonds to be maintained and even develop?

The research on building trust online is contested. Some researchers argue there is no substitute for physical face-to-face interaction when developing bonds of trust. Others concede that where face-to-face interaction has occurred in the past, and a bond formed, it may be possible to maintain or even deepen trust virtually. Meanwhile, there is some evidence that people are able to develop weak bonds through non-face-to-face environments, such as text and mobile phone messaging.

Many of the physical cues that Mirpuri references are weakened during virtual interactions. Facial expressions, minute micro-expressions, and other subtle yet important physical effects that are crucial for the perception of trustworthiness become less clear. Even the most advanced and sophisticated virtual environments offer imperfect digital representations of others.

Researchers also point to differences between gestures and other movements in physical face-to-face interaction compared to most virtual interactions. Online encounters are essentially head-to-head, compared to whole the body-to-body interaction of physical encounters. Relying purely on facial expressions reduces the ability to perceive other behavior, such as altered body posture or gestures, which are crucial to ascertaining another’s trustworthiness.

Even a microsecond time lag can result in someone working harder to piece together the full meaning from the cues available. The brain has to work overtime to fill in the gaps left by even the best technology. So while virtual interaction may look and feel similar to physical interaction, it cannot deliver all the pieces of information that are critical to understanding another person’s trustworthiness.

The environment in which the interaction takes place is also crucial. Breakthroughs in diplomacy at the general assembly are just as likely to be had in corridors outside the assembly hall as inside it.

Researchers highlight the importance of situations which create barriers to outsiders in diplomacy, for example a snatched conversation in a lift. It’s clear in such situations who is excluded and who is included in a particular interaction. Reducing diplomacy to boxes on a screen limits such opportunities, and it also removes spaces for informal and impromptu meetings in which personal bonds of trust can be developed. Without being able to roam the halls and engage in new face-to-face interactions, diplomats’ ability to develop and extend bonds is invariably limited.

This has several implications. World leaders in the general assembly who already trust each other may be able to use virtual platforms to maintain trusting relationships. But their successors may find it harder.

Distrust is often triggered by a previous experience, while mistrust is a general sense of unease and lack of trust. Leaders who mistrust, and perhaps even distrust each other as a result of previous face-to-face meetings, may in subsequent virtual-only interactions avoid potential diplomatic openings that could allow distrust to be dissolved. And for those who have never met face-to-face and approach each other from a position of distrust, it remains questionable whether trust can be restored through virtual interaction.

One reason leaders and diplomats have travelled to meet each other face-to-face for centuries is to have the best chance of answering the most vexing question in world politics: can the other side be trusted?

While today’s technology allows state officials to see each other on screen in a matter of seconds, virtual diplomacy appears unlikely to ever replace face-to-face interaction. The virtual gathering at the UN general assembly will surely be remembered for what diplomats do manage to accomplish online. But it will also be noteworthy for how much leaders miss the opportunity, as former West-German chancellor Willy Brandt once put it, “to get a smell of each other”. 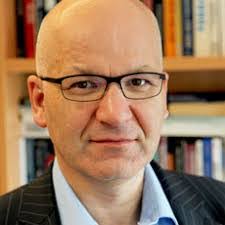