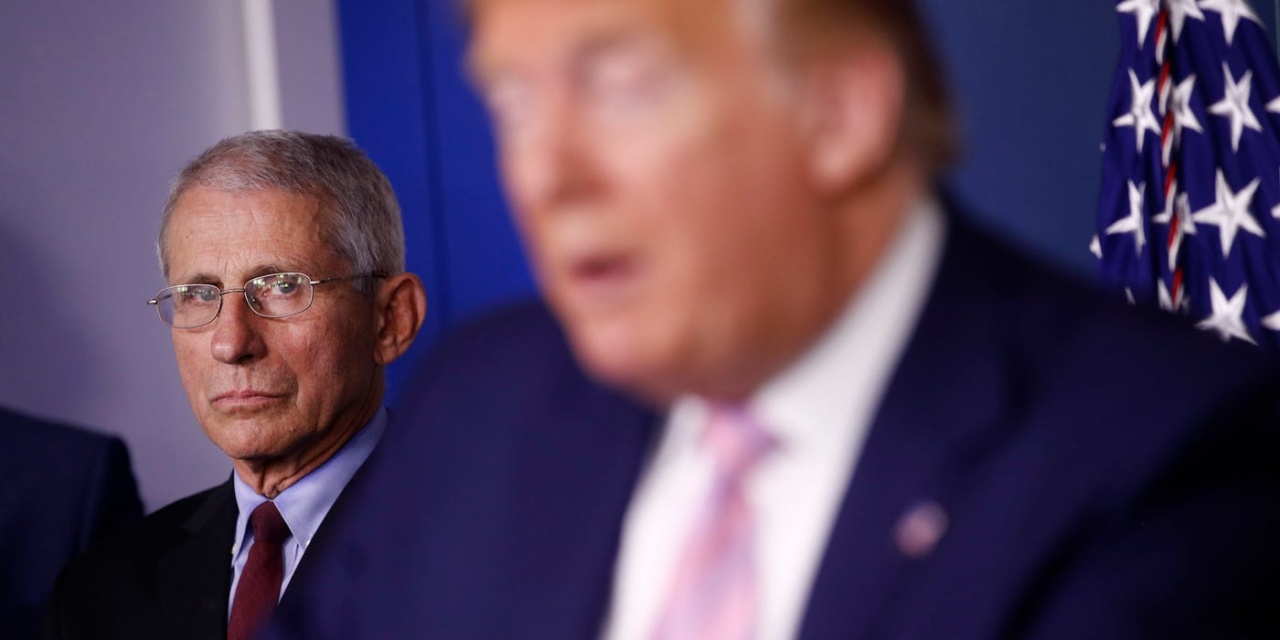 The US Government’s top Coronavirus expert, Dr. Anthony Fauci, has pushed back Donald Trump’s proclamation that “we are turning the final turn” on the virus.

Fauci said on Friday that he is still confident about the availability of a vaccine by early 2021. However, he continued:

By the time you mobilize the distribution of the vaccine and get a majority or more of the population vaccinated and protected, that’s likely not going to happen until the end of 2021.

If you’re talking about getting back to a degree of normality prior to COVID, it’s going to be well into 2021, towards the end of 2021.

Counting on a vaccine by the November 3 Presidential election, Trump insisted on Thursday that he had been successful in handling the crisis.

But his position has been undermined by the revelation that, as he said early this year that deaths would be “close to zero” and the virus “will soon disappear”, he was privately telling journalist Bob Woodward that he wanted to “play down” the “deadly stuff”.

Fauci v. Trump: “I Have to Disagree”

Asked about Trump’s “final turn” proclamation, Fauci said bluntly, “I have to disagree.”

He noted, “We’re plateauing at around 40,000 cases a day and the deaths are around 1,000,” and cautioned that the virus could surge again after the Labor Day holiday.

Fauci has said on Thursday, hours before Trump wished away the crisis, “We need to hunker down and get through this fall and winter because it’s not going to be easy.”

He expressed caution on Friday about resumption of activities such as indoor dining:

Being indoors absolutely increases the risk….I am concerned when I see things starting indoors, and that becomes more compelling when you move into fall and winter season.

But Trump is unlikely to pay any attention. He has sidelined Fauci and Dr. Deborah Birx, the Task Force Coordinator, because he finds their analyses inconvenient for his demand for a full “reopening” of the US.

Instead, he has turned to Dr. Scott Atlas, a Fox TV commmentator and neuroradiologist, who has reinforced Trump’s insistence — in defiance of medical and public health guidance — that there is little risk in the resumption of full in-class instruction at schools and universities.

Trump, who has returned to potential “superspreader” campaign rallies with no social distancing and few attendees wearing masks, said at length on Thursday that limits on schools, universities, and football games must be lifted.

A highly-regarded University of Washington model projects more than 410,000 Coronavirus deaths in the US by January 1.

The Institute for Health Metrics and Evaluation said the toll of 224,000 deaths in four months could be more than halved with near-universal mask use in public. However, if restrictions are eased, there could be 620,000 fatalities by the end of the year.