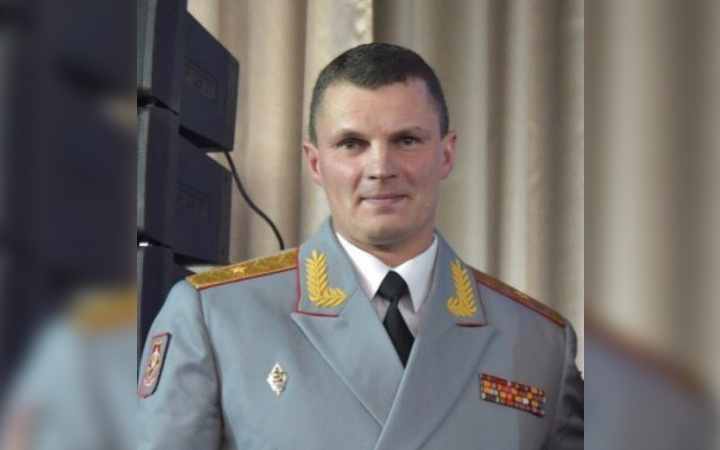 Footage shows #Russia Major General Vyacheslav Gladkikh killed in #Dez #Syria moments before an (obvious?) mine/IED planted blew up as he approached it. Looks like he was inspecting the site of a previous #IslamicState attack.
(H/T @Mzahem_Alsaloum) pic.twitter.com/XGCFR8p0PP

ORIGINAL ENTRY, AUGUST 19: A Russian major general has been killed and three other troops injured by the bombing of their convoy in eastern Syria.

The blast occurred on Tuesday in Deir ez-Zor Province, which has been split between Russian-regime forces and the US-backed, Kurdish-led Syrian Democratic Forces after the Islamic State was removed from its last village in March 2019.

A roadside bomb detonated as the convoy passed near the At-Taim oilfield, about 15 km from Deir ez-Zor city.

A Russian site named the general as Vyacheslav Gladkikh.

As a result of the explosion, three Russian servicemen were injured. During evacuation and while receiving medical assistant, a senior Russian military advisor with the rank of major-general died from the serious injuries sustained.

No group has taken responsibility, but ISIS has stepped up its attacks on pro-Assad units in recent weeks.

The Russian Investigative Committee said that it has launched an inquiry:

The crime that left a Russian army general killed and two more servicemen injured will not be an exception [to our investigations]: forces of the Investigative Committee who are now doing their service in Syria will establish all details of this criminal offense as part of the case. Establishing those guilty for the death and injuries of our servicemen is not just our duty, it is also a matter of honor.

The Kremlin has acknowledged the deaths of more than 120 Russian troops in Syria since Moscow’s intervention in September 2015 to prevent the fall of the Assad regime.

However, the deaths of Russian mercenaries, such as the Wagner Group, are not included in the count.