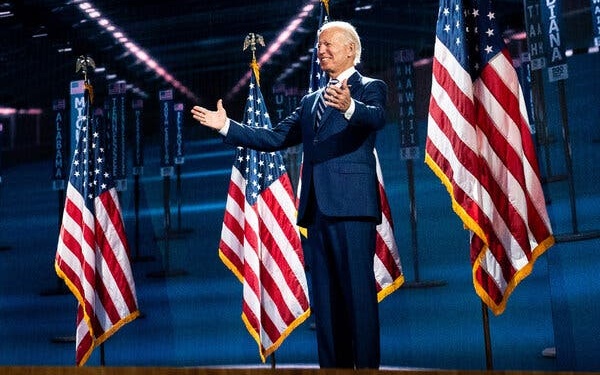 I spoke with TRT World on Friday morning about “Joe Biden’s voe to unite an America torn by crisis.

The three words that the Biden-Harris campaign will put forward — leadership, responsibility, and competence: I think Biden hit all of them last night as well as emphasizing a notion that America must be united rather than divided.

We examine the Democratic unity, in contrast to a division which have cost them the White House in 2016 — “What’s important now is a pragmatic way forward” on issues from climate change to health care — and compare that to a rift between “Trumpists” and “Republicans”.

Speaking with Alastair Stewart, I highlight an effective message from Biden — and from Democrats through the week — juxtaposing the danger of Donald Trump with the vision of “hope over fear” amid Coronavirus, economic downturn, social issues, and climate change.

We then discuss Trump running away from his former right-hand man, “like a dog with his hind leg on fire”. Is it the downfall of white nationalist demagogue Bannon and of his ex-boss?

We conclude with a summary of the attack of Navalny, in grave condition in Moscow, and President Vladimir Putin’s tough measure against critics at home and abroad.

Trump knows that he faces an uphill challenge because of the double whammy of Coronavirus and the economy. He knows that his only play is to keep being aggressive and whip up a culture war by calling the Democrats “extremists”.