Russia Killed More Syrians Than ISIS. How Do They Get Away with It? 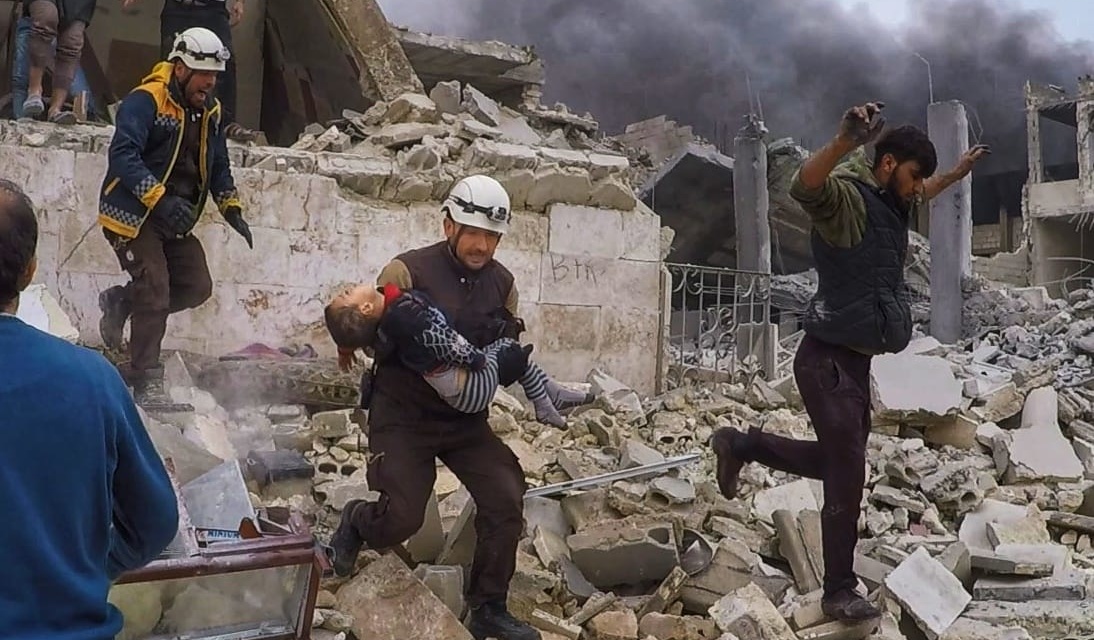 Last week Russia used its Security Council veto for the 15th time, to cut aid to civilians in northwest and northeast Syria. Moscow’s action, closing all but one crossing point from Turkey and Iraq, puts millions at risk.

Because of this latest threat, we republish a February assessment by Elizabeth Tsurkov for Forward:

When Aaref Watad, a Syrian photographer, arrived at the scene of a recent Russian air force attack in western Aleppo, he found a car completely pierced by shrapnel and nine corpses. Four of them were children.

The bodies belonged to a family that had been fleeing Aleppo for the Turkish border along with thousands of other families attempting to escape intense Russian air strikes.

“The ground was covered in blood, body parts and some of the belongings of the family,” Watad told me. “We waited for their relatives to come pick them up for burial, but they had all fled.”

So the job of burying the family was left to neighbors, who had to move quickly because Russian jets were still in the skies bombing the area. Before placing one of the children in the grave, a neighbor lifted the corpse. “The child’s head was completely blown off by the blast,” Watad recalled.

Russian bombs have killed more Syrian civilians than ISIS, according to data of the Syrian Network for Human Rights. Since September 2015, when Russia launched its direct intervention in the civil war, Russian jets have destroyed hospitals, ambulances and bakeries. Russia has been implicated in bombing UN convoys, a systematic campaign to destroy hospitals, and even the targeting of first responders. Russia has repeatedly dropped incendiary weapons and cluster munitions on densely populated besieged neighborhoods, burning people alive.

The ongoing offensive on the greater Idlib area, the last pocket held by the Syrian opposition in the northwest corner of the country, has precipitated a humanitarian crisis unprecedented in scale in the history of the blood-soaked civil war. Hundreds of thousands of civilians have been displaced from their homes since December 1, 2019, fleeing the advancing Syrian regime forces and militias under Russian and Iranian command.

These militias, responsible for the field-execution of civilians, the mutilation of corpses, beheadings and the desecration of graves and mosques, operate under Russian air cover. The Tiger Forces, known as Division 25, are a militia enjoying significant Russian support that have been implicated in the systematic use of chemical weapons.

Somehow, Russia, a UN Security Council member that portrays itself as a responsible superpower, has been able to get away with daily war crimes in Syria with impunity.