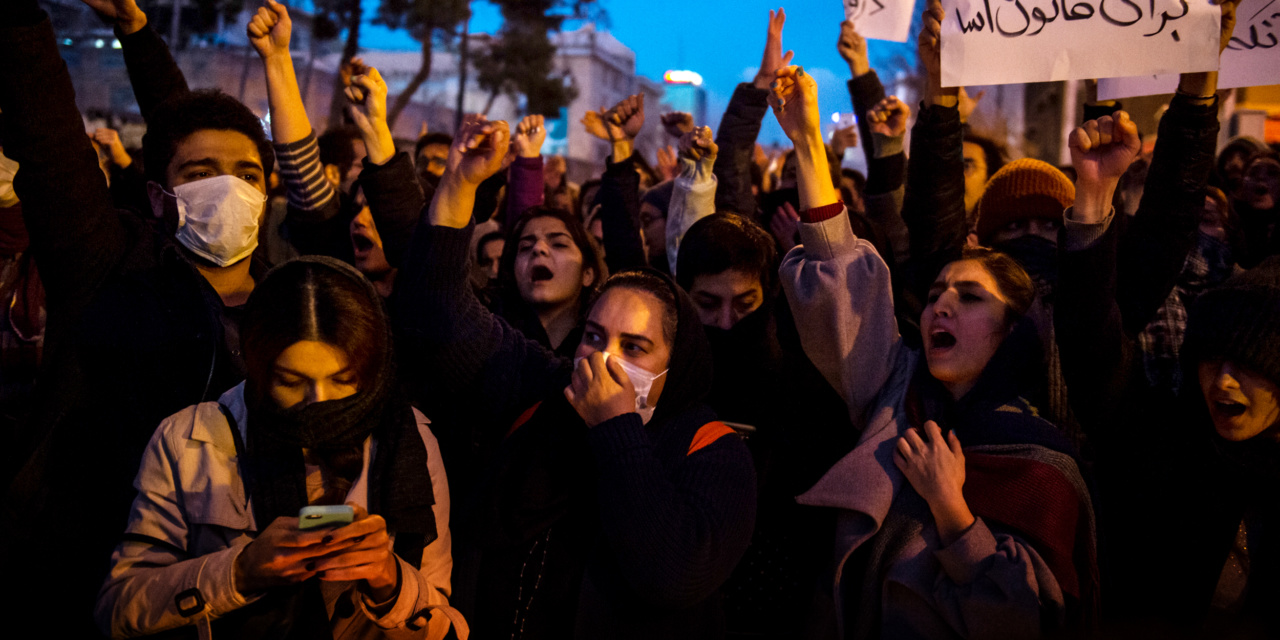 Demonstrators chant during a vigil for the victims of the Ukraine International Airlines flight downed by Iran’s military, Tehran, January 11, 2020 (Ali Mohammadi/Bloomberg/Getty)

More than six months after downing a Ukraine passenger jet, killing all 176 people on board, Iran’s officials have finally offered a detailed explanation.

The Civil Aviation Organization blamed a misalignment of a radar system and lack of communication between the air defense operator and his commanders, starting a “chain of hazard”.

The Ukraine International Airlines flight to Kyiv was downed by two missiles on January 8, minutes after takeoff from Tehran’s Imam Khomeini Airport. Iranian officials quickly declared that the cause was engine failure.

With the explanation quickly falling apart, the Iranian military finally told President Rouhani on January 10 of the firing of missiles. The Supreme Leader’s involvement in events is still unclear.

Early the next morning, the military and Rouhani acknowledged that the jet had been shot down in a “disastrous mistake”.

With more than 100 Iranians among the victims, The admission sparked several days of protests on Tehran’s streets.

However, with Iranian authorities refusing to give up the jet’s black box for inspection and moving debris from the crash site, a detailed reconstruction was not possible.

The shootdown came amid high tension between the US and Iran. On January 3, responding to rocket attacks by Iran-supported Iraqi militias on bases with American personnel, the Trump Administration assassinated top Iranian commander Maj. Gen. Qassem Soleimani in a drone strike outside Baghdad International Airport.

The CAO said that, with the Revolutionary Guards on alert for a US response, “A failure occurred after the relocation of one of the air defense units of Tehran”. The system’s operator of “lacked awareness of the relocation” and fired the two missiles without authorisation from the command center.