Iran: US Warplane Intercepted Our Passenger Flight Over Syria 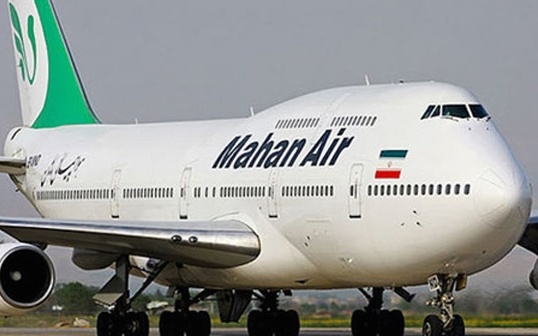 Iran’s officials claim a US warplane intercepted an Iranian passenger jet over Syria on Thursday.

The officials claimed several passengers suffered minor injuries when the pilot changed altitude to avoid collision. The Iranian plane, belonging to the US-sanctioned Mahan Air, was flying from Tehran to Lebanon’s capital Beirut.

The US military said its F-15 jet was at a safe distance.

Iranian State media showed a video with an elderly passenger on the floor, and quoted another who described his head hitting the roof of the plane.

All the passengers left the plane in Beirut, and the plane returned to Tehran early Friday.

US Central Command said the F-15 warplane was conducting a visual inspection of the Iranian aircraft as it passed over the US base at Tanf, in eastern Syria near the Iraq border.

Spokesman Capt. Bill Urban described “a standard visual inspection…at a safe distance of about 1,000 meters (3,280 feet) from the airliner this evening…to ensure the safety of coalition personnel at Tanf garrison.”

He continued, “Once the F-15 pilot identified the aircraft as a Mahan Air passenger plane, the F-15 safely opened distance from the aircraft.”

Iranian State media said the Mahan pilot contacted the F-15’s crew to ask them to keep a safe distance.

Mahan Air began operations in 1992 as Iran’s first privately-owned airline. It has been sanctioned since 2011 since the US, which claims it carries out operations for the Revolutionary Guards.

The airline is accused of moving Iranian personnel, weapons, and money to Syria’s Assad regime as it killed hundreds of thousands of Syrians and displaced millions since March 2011.