Donors Pledge $7.7 Billion in Syria Aid — But How Much Will Get Through? 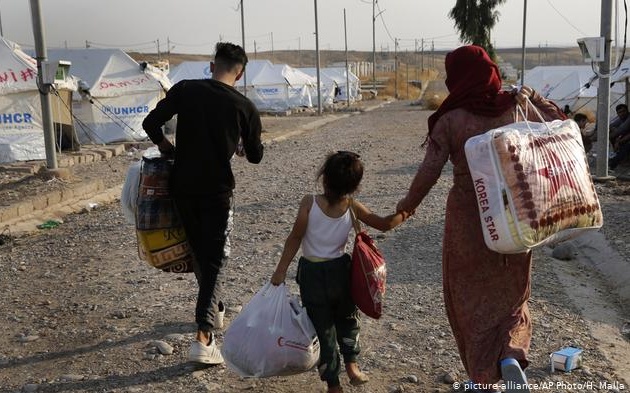 International donors have pledged $7.7 billion in aid for Syrian civilians and refugees, but without any confirmation of arrangements to ensure assistance reaches millions who are in need.

A two-day virtual conference, hosted by the European Union and the UN, began in Brusels, Belgium on Tuesday.

The donors pledged $5.5 billion for this year and another $2.2 billion for 2021. The total was short of the $10 billion target, but above the expectation of many analysts, given economic downturns in the Coronavirus crisis.

Donors did not address the question of Russia and the Assad regime blocking aid provision to areas controlled by opposition and Kurdish groups.

Mark Lowcock, the UN head of aid programs, noted that the authorization for the two remaining crossings from Turkey into opposition territory expires on July 10.

About 2.8 million people, more than half of them children, are dependent on aid through the crossings. “There is no other way to reach them,” said Lowcock.

In January, Russian and Chinese vetoes forced the closure of all crossings from Iraq into northeast Syria and the other border points from Turkey. European nations have tabled a resolution to reopen an Iraqi crossing and to extend the mandate for the two from Turkey.

The conference also did not consider widespread allegations of the regime diverting assistance and using it to benefit the ruling elite.

UN officials cited the economic crisis in regime territory amid shortages of food, fuel, electricity, and basic goods. Prices for essential food items have at least doubled, while salaries are stagnant.

There is real desperation now, even in Damascus, with the inflation. A lot of shops have closed, here and in Aleppo, too. It’s a downward spiral.

About 9.3 million people inside Syria are “food insecure”, and more than 1 million “severely food insecure”. Around 500,000 children are stunted from malnutrition.

The UN says it is reaching 4.5 million people per month, but has a deficit of about $200 million.

Fleischer noted that the Assad regime is hindering aid, even in its area, with monitoring of aid workers and obstacles to evaluations needed by donor countries.

The European Union pledged almost $2.6 billion over the next two years. European states in total committeed to $5.6 billion, including $1.8 billion from Germany.

The US pledged almost $700 million.

Lowcock said the pledges were “not a bad outcome”.