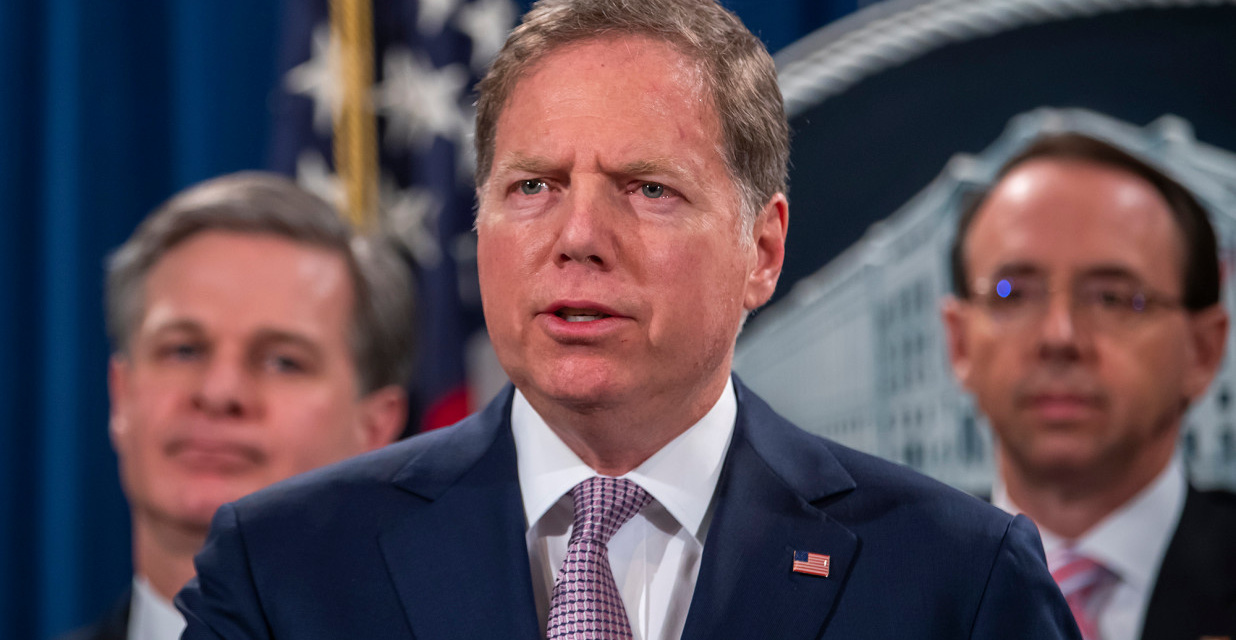 Donald Trump has fired the US Attorney for the Southern District of New York, Geoffrey Berman (pictured), amid multiple investigation of Trump and his allies.

Attorney General William Barr had tried to remove Berman on Friday, lying that the federal prosecutor had resigned. When Berman publicly exposed the deception, Trump removed him via Barr on Saturday.

The dismissal is part of a pattern of firings of prosecutors, agency heads, and Department Inspector Generals to quash investigations. Barr, appointed in January 2019 in part to bury the Trump-Russia inquiry, has also intervened to limit or prevent prison sentences for Trump allies such as Roger Stone — implicated in the 2016 campaign collaboration with Russia — and former National Security Advisor Michael Flynn.

Berman’s predecessor Preet Bharara was removed in March 2017 as the Trump camp tried to ensure loyalty from all US Attorneys.

Berman, who did part-time work for the Trump transition after the 2016 election, took over in January 2018. But his staff have been vigorous in pursuing a series of cases over Trump’s business and political interests.

And for now, the Trump-Barr initiative may have failed to halt the investigations. It failed to put in a loyalist, as it had in Washington DC by replacing US Attorney Jessie Liu with Barr protégé Timothy Shea.

Barr had said, in his Friday night announcement that Jay Clayton, the chairman of the Securities and Exchange Commission would assume the post. Clayton has no prosecutorial experience, but he is a Trump golfing partner, including last weekend at Trump’s club in New Jersey.

The Attorney General tried on Saturday to name New Jersey’s top federal prosecutor, Craig Carpenito, to the position; however, he could not hold the line over criticism of Carpenito leading two districts at the same time.

Instead, Berman’s handpicked deputy, Audrey Strauss, is now the Acting US Attorney. After Barr’s retreat, Berman said he would step down, as the Southern District under Strauss “will continue to safeguard” its “enduring tradition of integrity and independence”.

The Southern District indicted Turkey’s State-owned Halkbank over violations of US sanctions on Iran, bringing Trump’s promise to Turkish President Recep Tayyip Erdoğan that he would quash the prosecution.

And Berman has opened an inquiry into Trump’s lawyer Rudy Giuliani, the point man in the Trump-Ukraine scandal seeking Kiev’s intervention in the 2020 Presidential election.

Before his Saturday speech in Tulsa, Oklahoma, Trump contradicted Barr’s letter to Berman that he was acting on behalf of the President.

Trump insisted he was “not involved” in the move.