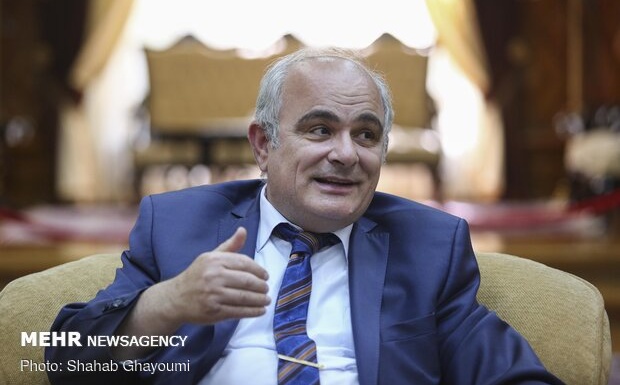 Amid signs of Moscow’s concern about Bashar al-Assad’s handling of Syria’s nine-year conflict, a Russian ambassador says the Kremlin is not going to dump the Syrian leader.

In recent weeks, Russian State media and President Vladimir Putin’s allies have criticized Assad over corruption, the shattered Syrian economy, and failure to compromise for a political resolution.

Alexander Shumilin, a former Russian diplomat and head of the State-financed Europe-Middle East Center summarized, “The Kremlin needs to get rid of the Syrian headache. The problem is with one person — Assad — and his entourage.”

The concern has been compounded by Russian’s competition with the regime and Iran for control of Syrian resources, and by Assad’s split with his cousin, billionaire tycoon Rami Makhlouf.

See Syria Daily, April 30: Assad is Annoying Russia — But What Does Putin Do?
Syria Daily, May 4: Assad’s Cousin Makhlouf Widens Split in Family and Regime

Without noting the articles in the Russian media, Ambassador Dzhagaryan depicted a foreign plot:

Of course, these kinds of rumors have been circulated by hostile countries that are against the successful activity of Astana format [political talks led by Russia, Iran, and Turkey. These countries are against international law and want to remove a legitimate regime by force, not as a result of an election. If any government doesn’t suit the US and its ally, so they impose sanctions and try to remove it illegally.

Contradicting the statements by the Russian President’s allies, including in the outlets of “Putin’s Chef” Yevgeny Prigozhin, Dzhargaryan said the claims are being made by “non-officials”.

He declared, “Once again, I would like to say we have very good relations with Bashar al-Assad and his legitimate government and we will continue our cooperation.”

The international affairs advisor to the Parliament Speaker, Amir-Abdollahian posted a photo of a meeting between al-Assad and the Iranian military commander Maj. Gen. Qassem Soleimani, assassinated by the US in Iraq on January 3.

Amir-Abdollahian wrote, “Dr. Bashar Assad is the legitimate president of Syria and the great leader of fighting Takfiri terrorism in the Arab World.”

Leading Russian State outlets did not mention either Dzhagaryan’s interview or Amir-Abdollahian’s statement.