UPDATED Syria Daily: Rami Makhlouf and the Split Within the Assad Family 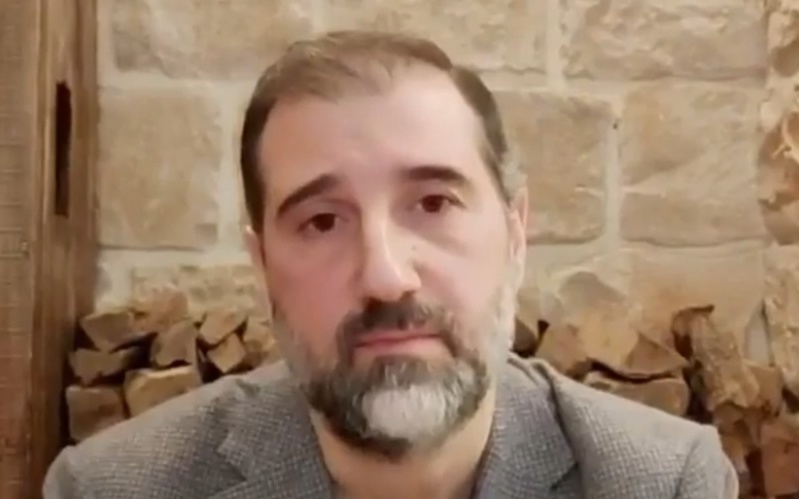 The Assad regime is stripping the assets of Rami Makhlouf (pictured), the cousin of Bashar al-Assad. And now Makhlouf is going public about the split in Syria’s ruling plutocracy.

Makhlouf posted a video on Facebook late Thursday, begging Assad to prevent the collapse of the telecommunication company that helped the billionaire accumulate his fortune.

Sanctioned by the US and the European Union since 2008, Makhlouf was said to be worth $5 billion, controlling more than half of Syria’s economy, when the country’s uprising began in March 2011.

But for months, leading analysts such as Jihad Yazigi’s Syria Report have been writing of pressure on Makhlouf, as others within the ruling elite, Russia, and Iran all seek shares of the country’s assets amid a nine-year conflict and a loss of 75% in GDP.

Moscow is also reportedly troubled by the widespread corruption within ruling circles, marked by Makhlouf’s past displays of excess. That has led Russian President Vladimir Putin to question continued support of Assad, propped up by Russia’s military and political interventions since 2011.

See also Syria Daily: Assad is Annoying Russia — But What Does Putin Do?

Former Syrian diplomat Bassam Barabandi, who defected in 2012, also claims a power struggle between Makhlouf and Assad’s wife Asma over control of charities.

In 2019, the assets of the Al-Bustan Association, a charity run by Makhlouf and suspected of the financing of a pro-Assad militia, were seized by the regime.

Last month a shipment of dairy products from one of Makhlouf’s businesses, allegedly hiding drugs, was confiscated in Egypt. Makhlouf said the incident was a set-up “defaming him”.

Then two weeks ago, he was ordered to pay at least $180 million to the regime from one of his telecom companies. The money must be paid by May 5.

“Mr. President, I Implore You”

While regime outlets had written of Makhlouf’s dissatisfaction, Thursday’s video was the first public comment by Assad’s cousin.

He denied allegations of tax evasion over Syriatel, the telecommunication company with 11 million subscribers in which the regime has a 50% share — while in effect admitting that the country is run by the Assad family:

By God we are not evading tax or cheating the country and the state. How can someone steal from his own family?

He complained about the campaign portraying him “as the one who has done wrong, who is bad”, and appealed to his cousin:

Mr. President, I implore you, this is the truth.

He said he will pay what is demanded by the regime but asks Assad to oversee expenditure.