Iran Daily: Supreme Leader — US Will Be Expelled From Iraq and Syria 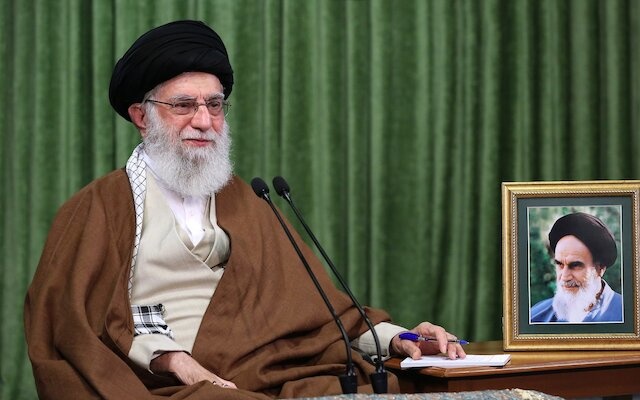 Amid Iran’s Coronavirus crisis, the Supreme Leader has preferred a focus on confrontation with the US, declaring that it will be expelled from Iraq and Syria.

The long-term actions of the US have caused the government of that country to be abhorred in a large part of the world. These actions include warmongering, helping notorious governments, advocating terrorism, supporting oppression wholeheartedly, and the like.

Of course, the Americans cannot stay for long in Iraq or Syria, and they will be expelled.

Khamenei spoke as Coronavirus continued to resurge in the Islamic Republic. The Health Ministry announced another 1,806 cases and 51 deaths on Sunday, bringing the official total to 120,198 cases and 6,988 deaths.

Cases had fallen to a low of 802 on May 2, but have risen again after the Government’s re-opening of businesses and mosques from April 11. The official death toll also increased yesterday after a 70-day low of 35 on Saturday.

Without referring to the virus, the Supreme Leader — who called news of the outbreak a “Western plot” in late February, warned against dissent: “Creating doubts is the backbone of the work of the enemy.”

Journalists have been detained during the crisis, and thousands of people have been arrested for “spreading rumors”.

Khamenei then returned to his verbal assault on Donald Trump and the “lowly, babbling, illogical, ranting Secretary of State”:

The long-term actions of the US, including carrying out massacres and various crimes, showing injustice, supporting terrorism, helping dictatorial and notorious governments, unconditionally supporting the increasingly oppressive actions of the Zionist regime, and more recently, their deplorable handling of the Coronavirus pandemic are other reasons why the US is hated.

Iran is under increasing pressure in Syria from Israeli airstrikes on the positions of Iranian forces, Iran-supported foreign militias, and Hezbollah.

Israel has carried out at least seven missile strikes in the past month, including on Iranian bases, weapons depots, and an Assad regime conventional and chemical weapons complex.

Israeli defense officials claimed earlier this month that Iran is withdrawing some of its forces because of the attacks.