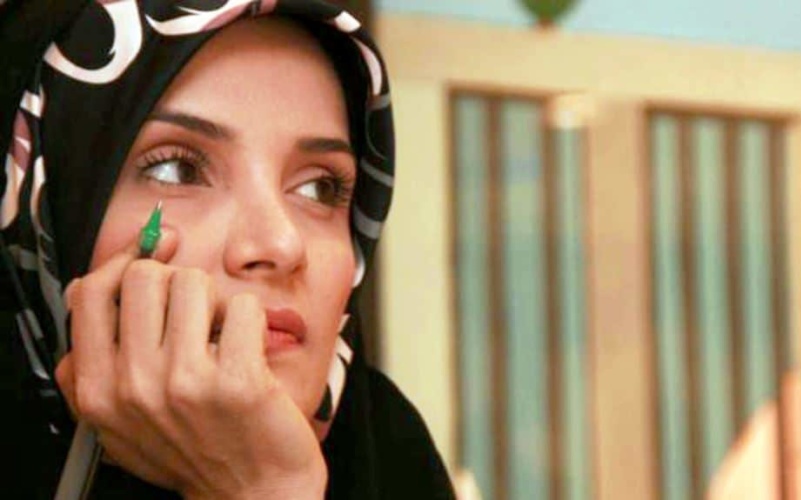 Iranian journalist Hengameh Shahidi, sentenced to 12 years and 9 months for “propaganda against the system”

Iran is the second-highest jailer of journalists, per capita, in the world. It is 173rd of 180 countries in press freedom, according to Reporters Without Borders.

Waves of arrests occurred at the end of 2019, following the regime’s deadly suppression of protests across Iran, and in February at the start of the Coronavirus outbreak.

Several journalists were detained last month for publication of Coronavirus news that did not have official approval.

On April 24, Masoud Heydari, the news director of the Iranian Labour News Agency, and Hamid Haghjoo, the manager of its Telegram channel, were arrested over a cartoon “insulting the Supreme Leader”.

Four days earlier, Kayvan Samimi Behbahani, the editor of the Iran Farda monthly, was handed a 5-year prison sentence in absentia. His “crime” was advocacy, in writing and in speeches, of the release of political prisoners.

Ayatollah Khamenei set all this aside on Monday, as his office used #WorldPressFreedomDay to denounce the US:

They say the media enjoys freedom in the US and Europe. I ask, which famous western media source is the voice of the middle and lower classes? Who owns the mainstream media today? Is it anyone other than the large capitalists?#WorldPressFreedomDay

Khamenei, or his staff, declared, “The slogan of freedom of expression in the west is not a true slogan….Subtle, insidious censorship and suppression exist in the west.”