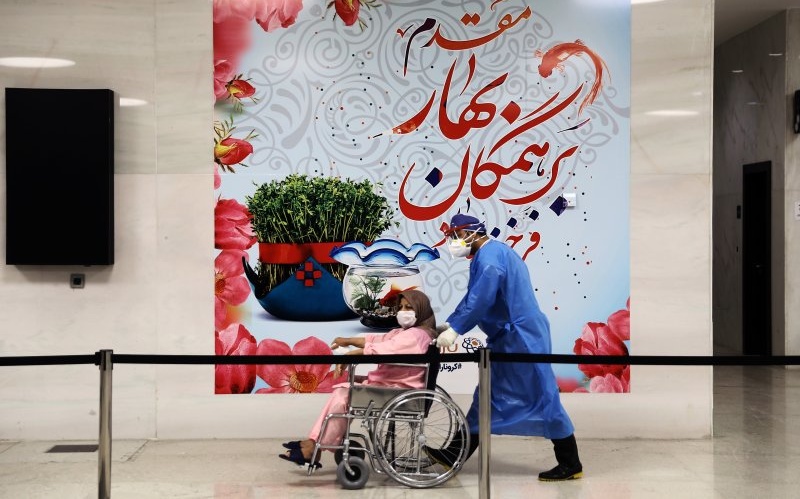 Iran’s military says 3,600 people have been arrested for “spreading rumors about Coronavirus”.

Spokesman Brig. Gen. Abolfazl Shekarchi said on State TV on Wednesday that police and the Basij paramilitary have carried out the arrests, claiming that the rumors are part of a psychological war against Iran.

Our enemies are always hostile and have agents to further their wishes in our country.

But we had a very good performance in combating Coronavirus in comparison with countries that claim to be advanced. You can see what disaster the United States is stuck in.

The Health Ministry raised Iran’s official death toll on Thursday to 5,957, an increase of 80 in 24 hours. There are 93,657 official cases, with 2,965 patients in critical condition.

Iranian authorities are sensitive to claims, including by some MPs, officials, and medical staff, that they have underreported both deaths and cases.

At the outset of the outbreak, the Supreme Leader denied any problem. He said on February 23 that fear of Coronavirus was a “Western plot” to depress turnout in the Parliamentary elections two days earlier. President Hassan Rouhani, rejecting quarantines, said three days later that the stories of the virus were a “foreign conspiracy” to undermine the Islamic Republic.

Brig. Gen. Shekarchi claimed only four medical staff and some veterans, injured in the 1980-1988 Iran-Iraq War, have been killed by the virus.