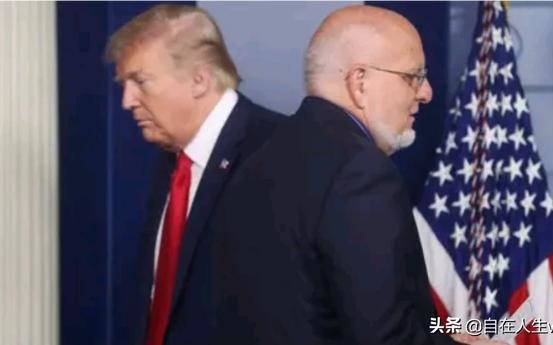 Trying to escape responsibility for their handling of the Coronavirus crisis in which almost 90,000 Americans have died, Donald Trump’s inner circle blame the Centers for Disease Control and Prevention.

Peter Navarro, Trump’s top advisor, was deployed political talk shows on Sunday to attack the CDC. He assailed for a flawed testing kit which the Administration chose in February, over a reliable World Health Organization version.

Early on in this crisis, the CDC — which really had the most trusted brand around the world in this space — really let the country down with the testing.

Because not only did they keep the testing within the bureaucracy, they had a bad test. And that did set us back.

Navarro spoke as the US death toll rose to 89,564, with almost 1.5 million confirmed cases.

Trump has spent weeks putting out the misleading claim that the US has now tested more people than any country in the world. In fact, the US is 20th per capita, just behind Belarus.

Less than 3% of the American population has been tested. Even though the level has reached 350,000 tests per day, it is still short of the minimum of 500,000 recommended by White House medical advisors before stay-at-home and social distancing measures are lifted.

See EA on talkRADIO: Trump’s Coronavirus Damage and US Elections

Health and Human Services Secretary Alex Azar, who has been pushed aside by Trump since February, pushed back against Navarro.

“I don’t believe the CDC let this country down,” said Azar, whose agency supervises the Center, “I believe the CDC serves an important public health role. And what was always critical was to get the private sector to the table [on testing].”

The White House attacks on the CDC have also been fed by Trump’s insistence, defying medical advice about the risk of a resurgent virus, on “re-opening” the US.

Earlier this month, the CDC prepared detailed guidance to schools, businesses, churches, and other organizations on the gradual lifting of restrictions. Trump blocked the document, believing it held back a quick re-opening.

A watered-down version of the document, criticized as vague by both public health specialists and businesses, has now been circulated.

Redfield’s position is also tenuous because of reported tension with Dr. Anthony Fauci, the top infectious diseases expert. The testing failure in February meant medical experts operated without a full picture of the rapid spread of Coronavirus across the US.

But a “Trump confidante” made clear that the ultimate issue over testing was Trump and his son-in-law Jared Kushner, who has fashioned himself as the leader of the Coronavirus response:

Jared had been arguing that testing too many people, or ordering too many ventilators, would spook the markets and so we just shouldn’t do it. That advice worked far more powerfully on him than what the scientists were saying. He thinks they always exaggerate.

Navarro, who has no medical or public health expertise, continued Kushner’s attack on the experts on Sunday as he insisted stay-at-home and social distancing measures could be removed.

“Some of the people in the medical community want to just run and hide until the virus is extinguished,” the trade advisor proclaimed.

Falsehoods About China and Obama

Navarro also spread “Blame China” falsehoods in his Sunday interviews, declaring that Beijing had deliberately “seeded” Coronavirus throughout the world.

The Chinese, behind the shield of the World Health Organization, for two months hid the virus from the world, and then sent hundreds of thousands of Chinese on aircraft to Milan, New York and around the world to seed that. They could have kept it in Wuhan. Instead, it became a pandemic.

Navarro, who has led Trump’s trade war against China, offered no support for his claim. It echoes and extends other unsupported declarations by Trump and his Secretary of State Pompeo.

The trade advisor also used disinformation and insults to help Trump, stung by Barack Obama’s criticism of the Administration’s response.

Navarro sneered, “I’m glad Mr Obama has a new job as Joe Biden’s Press Secretary,” and labeled the Obama Administration — which dealt effectively with swine flu and Ebola crisis — a “kumbaya of incompetence”.

He falsely said Obama had allowed “millions of jobs” to move to China. (The transfer of manufacturing largely occurred during the George W. Bush era from 2001 to 2009.)

Trump snapped at reporters that, while he had not seen Obama’s comments: “Look, he was an incompetent president, that’s all I can say. Grossly incompetent.”