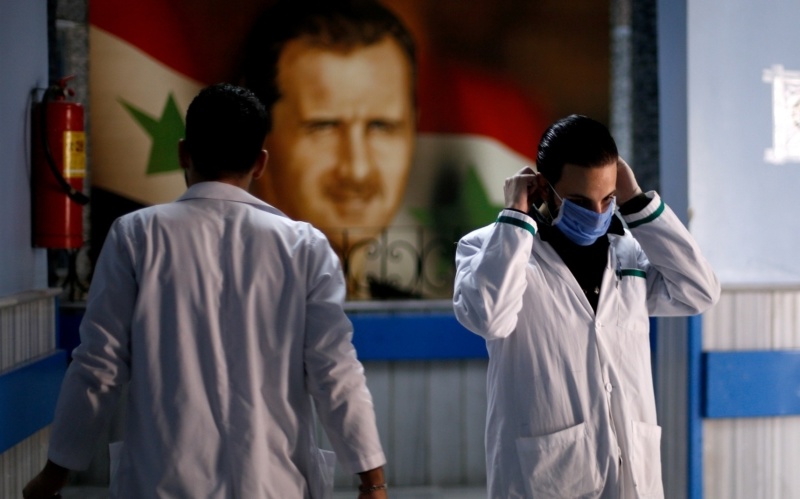 Facing the spread of Coronavirus, the Assad regime has extended school and university attendance until May 2.

The extension was announced after a Cabinet meeting chaired by Prime Minister Imad Khamis on Saturday. The Ministers also reiterated the need for strict implementation of a 6 pm-6 am (12 noon-6 am on Fridays and Saturdays) curfew in all regime-held areas.

The measures came as the regime acknowledged six more cases of the virus, raising the official total to 25. It has admitted two deaths.

The Ministers agreed in principle to reimbursement for daily and weekly workers and for freelancers whose employment has been halted because of closures. However, amid Syria’s economic crisis, a rapidly declining currency, and the regime’s lack of money, no steps for implementation was set out.

The Cabinet also said medical equipment, especially respirators, should be maintained and there should be support of private initiatives to produce them.

The regime has been reluctant to report any cases of Coronavirus, raising suspicions among medics, activists, and residents.

However, in mid-March, it began the closures of schools, universities, and institutes. Elections for the People’s Assembly were postponed, and the military suspended the call-up of army reserves.

Bakeries have now been shut, and public transport banned.

Health Minister Nizar Yazigi has compared the measures to check the virus to the regime’s mass killing in the country’s nine-year conflict: “The Syrian Arab Army purified Syria of many germs.”