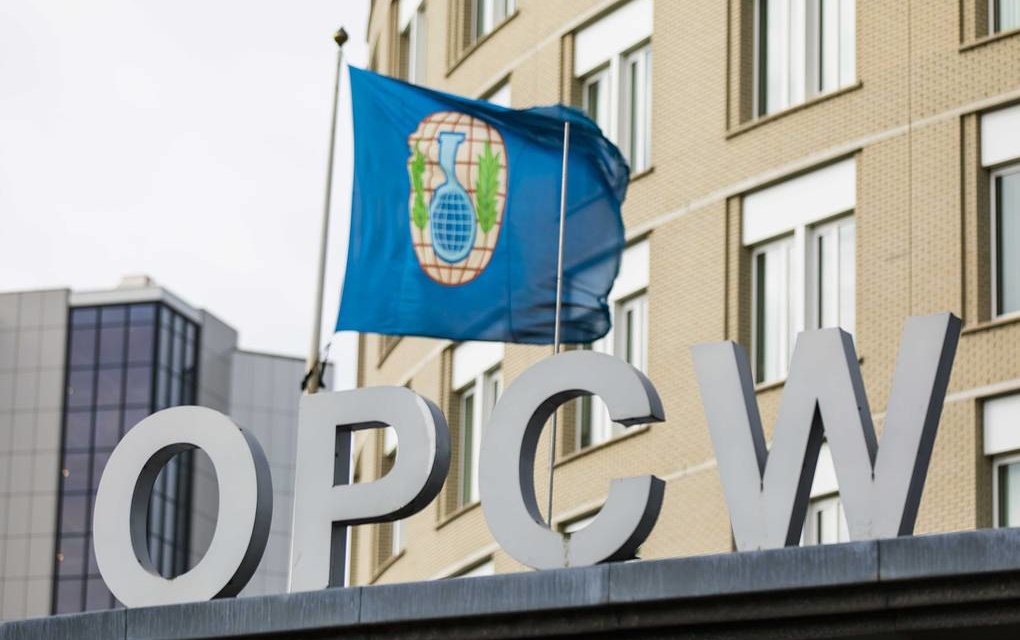 Organisation for the Prohibition of Chemical Weapons: Chemical attacks “only occur pursuant to orders from the highest levels of the Syrian Arab Armed Forces”

The Assad regime has rejected conclusions that it carried out two sarin and one chlorine attack on an opposition-held town in northwest Syria in March 2017.

Wednesday’s report by the Organisation for the Prohibition of Chemical Weapons found Russian-made Su-22 jets dropped sarin on Lataminah in northern Hama on March 24 and 30. The town was attacked with a canister with chlorine, dropped by a helicopter, on March 25. The warplanes all flew from the Shayrat airbase, which also launched the sarin attack on Khan Sheikhoun in neighboring southern Idlib Province on April 4, killing about 90 people and wounding hundreds.

The OPCW’s Investigations and Identification Team summarized, “Military operations of such a strategic nature as these three attacks only occur pursuant to orders from the highest levels of the Syrian Arab Armed Forces.”

On Thursday the regime’s Foreign Ministry berated the “deceptive” report of the “illegitimate so-called Investigation and Identification Team”. It claimed the “false and fabricated conclusions” sought to “distort truths and accuse the Syrian government”.

The statement was echoed by Russia, the regime’s essential backer, which failed to prevent the OPCW from establishing the IIT in June 2018 and to block the team from delivering its first report

Foreign Ministry spokesman Maria Zakharova said, “The report is misleading and it included fabricated and false conclusions in order to forge the facts and accuse the Syrian government of the incident.”

She said the findings depended on information and data given from White Helmets rescuers, portraying them as a “terrorist organization”.

UN and OPCW inspectors have found that the Assad regime carried out at least 33 chlorine and sarin attacks on opposition areas of Syria since 2014.

But Russia and pro-Assad activists have tried to shield Damascus with propaganda and disinformation campaigns.

When Moscow was unable to prevent OPCW member-states from creating the IIT, Russia, the Assad regime, and their supporters vilified the OPCW with almost two years of denunciations. They have included a sustained attempt to deny a chlorine attack on Douma, near the Syrian capital Damascus, which killed 43 people in April 2018.

Douma, the final opposition position in the East Ghouta region, surrendered the next day. Lataminah and Khan Sheikhoun have been overrun by a 10-month Russian-regime offensive in northwest Syria.

OPCW chief Fernando Arias said Wednesday of the report, “It is now up to the Executive Council and the Conference of the States Parties to the Chemical Weapons Convention, the United Nations Secretary-General, and the international community as a whole to take any further action they deem appropriate and necessary.”