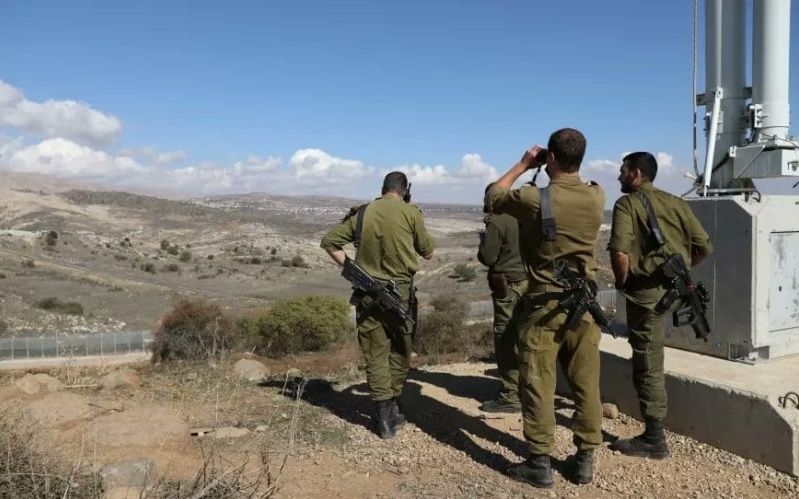 Israel’s military has warned the Assad regime not to permit the Lebanese organization Hezbollah’s presence near the Israeli-occupied Golan Heights.

The Israel Defense Forces released video on Friday showing a regime commander and other officers in the area. A statement declared:

Even during the coronavirus period, the new commander of the Syrian army’s 1st Division, Lua’a Ali Ahmad Asa’ad, continues to help and allow the Hezbollah terror group establish a front on the Golan Heights.

In the clip, the new division commander is seen on a patrol of the front, including passing through areas known to be used by Hezbollah, with the head of Hezbollah’s southern command, Hajj Hashem.

The statement concluded, “You will be held responsible for all enemy activities emanating from its territory. Consider this a warning.”

The Israeli military refused to comment on when and where the footage of regime Gen. Asa’ad and the senior officers was filmed.

Israel occupied the Golan Heights during the 1967 Arab-Israeli War, and effectively annexed the territory in 1981.

Throughout the nine-year Syrian conflict, the Israelis have warned that Iranian-backed forces and Hezbollah — who have essential to the Assad regime’s survival since 2012 — must not be allowed to establish positions in southwest Syria near the Heights.

During negotiations which accepted Russia’s military intervention in September 2015 to prop up the Assad regime, Prime Minister Benjamin Netanyahu reiterated the line against any Iran-Hezbollah deployments.

That line has been maintained as Israel stepped up missile strikes against Iranian-backed and Hezbollah targets throughout Syria, with Netanyahu demanding a complete withdrawal of Iran’s military from the country.

In early March, the Israel Defense Forces accused the Assad regime and Hezbollah of planning a sniper attack in the Golan. The IDF said the attack was pre-empted by an airstrike on the snipers’ car.

The IDF has been conducting a longstanding campaign against the Hezbollah terror group’s efforts to establish a front on the Golan Heights and is taking a variety of steps to thwart its attempts to carry out terror attacks against the State of Israel.