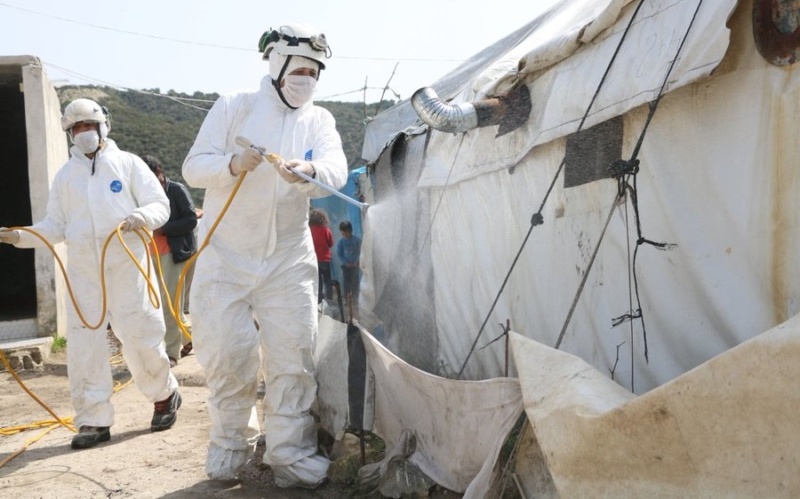 UN envoy Geir Pedersen, largely sidelined in Syria’s nine-year conflict, has called for a halt to fighting to address the threat of Coronavirus.

Pedersen said in a statement on Tuesday, “I am appealing specifically for a complete, immediate nationwide ceasefire throughout Syria to enable an all-out-effort to suppress COVID-19 in Syria….To confront this danger, the long-suffering Syrian people desperately need a sustained period of calm throughout the country respected by all parties.”

The Norwegian diplomat has been the UN envoy since January 2019, but has been peripheral as Russia maintained the political and military lead through both the “Astana process”, with Turkey and Iran, and with the Russian-regime offensive to seize much of the opposition territory in northwest Syria.

Defying UN warnings of humanitarian crisis and possible war crimes, the offensive killed almost 2,000 civilians and displaced more than a million since last April. It was paused on March 5 as Russian President Vladimir Putin and Turkish counterpart Recep Tayyip Erdoğan agreed on the partition of the greater Idlib area, with an estimated 3 million residents.

Without blaming Russia or the regime for the bombing of about 70 hospitals and clinics since April, Pedersen noted that health care facilities have been destroyed. He cited the “especially dangerous” conditions for refugees and the displaced, and cited shortages of medical equipment and health professionals.

“I have real concerns for the impact on Syrian women, who are already at the forefront of existing health and community support systems,” he said.

The opposition area in Idlib Province is still awaiting the delivery of 300 Coronavirus testing kits, with the World Health Organization pledging the despatch of 2,000 more at some point.

Amid suspicions that it is covering up the spread of the virus, the Assad regime acknowledged the first confirmed case on Sunday.

Fabrizio Carboni, the Red Cross regional director for the Near and Middle East, said the agency has asked the Assad regime for cooperation over nine central prisons.

Carboni said the Red Cross is seeking to help with infection prevention measures and to provide hygiene supplies.

“Now we hope that the authorities will answer positively very soon to our proposal,” he said. “We believe that people detained and displaced are even more vulnerable than the general population.”

The director joined Pedersen’s call for a ceasefire.

Because to some extent we can’t fight two battles at the same time. We can’t dedicate time and energy to what the pandemic response requires and at the same time be addressing the emergency needs of people recently displaced or destitute.