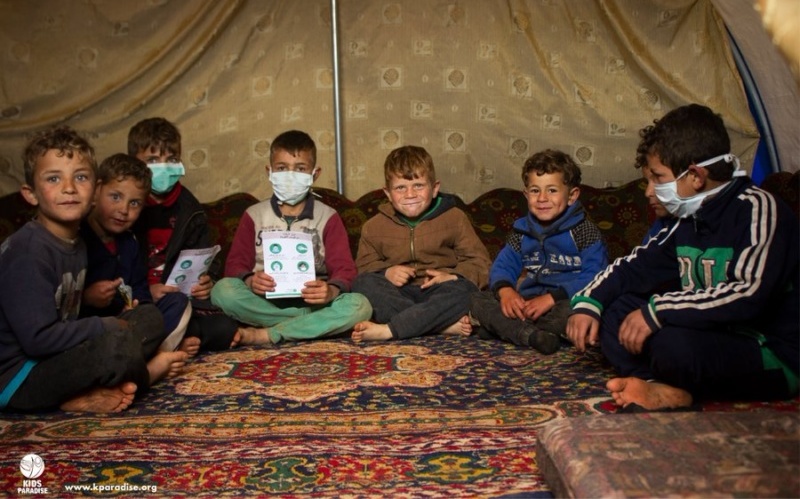 The White Helmets civil defense, aid organizations, and residents are preparing for the outbreak of Coronavirus in northwest Syria, amid the devastation of medical facilities by Russia and the Assad regime.

About 3 million Syrians — 20% of the country’s remaining population after nine years of conflict — are crowded into parts of Idlib and Aleppo Provinces, trapped between a 10-month Russian-regime offensive and a Turkish border closed in 2016.

No cases of the virus have been confirmed in the territory, but medical personnel and aid workers have warned that conditions — with camps overflowing with more than 1 million recently-displaced civilians — could lead to a quick spread.

More than half of greater Idlib’s medical facilities have been destroyed or damaged by the Russian-regime attacks, which have been paused by a March 5 ceasefire agreed between Turkey and Moscow.

The World Health Organization’s representative in Syria had said that virus testing could not be conducted in the northwest, but the WHO shifted its position on Monday and said machinery and tests will be available from later this week.

The White Helmets put out a message on Wednesday of their preparations for disinfection of public spaces. Schools and densely-populated areas of northern Aleppo Province and Afrin were sanitized, with plans for more areas to be cleaned soon.

Being proactive against the #CoronaVirus and its spread are top priorities for the #WhiteHelmets. The risk to vulnerable Syrians, particularly those forced into displacement camps, increases the chance of outbreak. Our teams are carrying out a plan of effective measures. pic.twitter.com/8KubeJcRLM

Kids Paradise, which initially began with provision of activities for displaced children but has been central in evacuation and care efforts, has launched a mobile unit for public education. Thousand

and Disinfectant wipes/materials. KP is working hard to find more support to reach more people in community awareness sessions and to distribute Masks and hygiene kits. #COVID-19 is the new enemy!
2/3 pic.twitter.com/gzXaAgHlU3

But the humanitarian workers realize they are racing against time, crippled by the assaults on their medical systems. Yakzan Shishakly, co-founder of the Maram Foundation, said:

We were working 24/7 before, now we are working 25/7….We already say that Idlib is the world’s worst man-made humanitarian situation. If this gets into the camps it will be the worst disaster in history….

One of the main worries is the lack of hospitals. The Syrian government have been targeting health facilities, which has compromised the resources needed to contain diseases.

Because of the damage, the White Helmets have been able to prepare only three containment centers with 60 beds.

There have launched Violet's Trainings for the responses concerned with Corona Virus through qualifying tens of paramedics specified for saving the infected or likely to be so , with specialist teams of sterilization. pic.twitter.com/eKSSBjRiQJ

Fuad Sayedissa is spokesman for the Violet Organisation, which operates three camps in Idlib. He tries to express resilience, but soon gives way.

After nine years of this civil war we have faced a lot of challenges that we have been able to deal with.

Maybe this will be the worst. We are not affected yet but we are very afraid.

Syria Direct posts a video from 11-year-old Ayman of life in a displaced camp between December and February, before the prospect of Coronavirus: