Iran Daily: Rouhani Throws Away His “Coronavirus Will Ease in 2 to 3 Weeks” Declaration 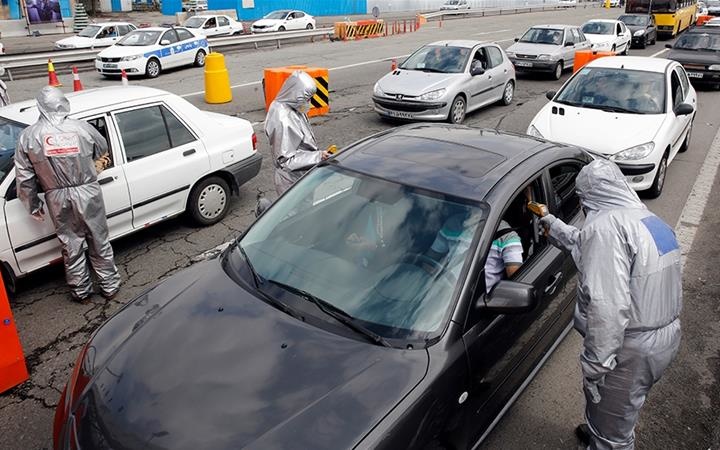 Health Ministry spokesman Kianush Jahanpoor has announced a rise in the death toll to 2,898, an addition of 141 since Sunday.

Iran’s President Hassan Rouhani has thrown away his declaration that Coronavirus could ease in the Islamic Republic to 2 to 3 weeks.

Rouhani had proclaimed on March 21 that Iran would “do everything” to return economic activity back to normal and that efforts by medical staff and the military had made a “great impact”.

His statement came after a day after the Supreme Leader declared that the priority for the Iranian New Year must be a “Surge in Production”.

But on Sunday, the President said that “a new way of life” in Iran is likely to be prolonged, as the virus shows no sign of abating: “These changes will likely have to stay in place for some time.”

Rouhani told Ministers, “We must prepare to live with this virus until a treatment or vaccine is discovered, which has not yet happened to date.”

The Health Ministry raised the official death toll on Monday to 2,640, an increase of 123 in 24 hours. The number of confirmed cases is 38,309, with almost 3,500 patients in critical condition.

Radio Farda, which compiles provincial and local data and reports, claims that there are almost 4,300 deaths and more than 66,600 patients with Coronavirus symptoms.

“Virus May Be Here A Year or Two”

The President’s view appeared to have shifted after a Saturday discussion with about 30 doctors and specialists in infectious diseases. He reported

We cannot say [that] a week or 10 days later, there will be no such virus in the world or in Iran.

The virus that has come into the society may be here a year or two; but the society needs to be able to deal with this virus, which will become weaker, and the majority of the population becomes stronger against the virus and the bodies become stronger to endure it.

However, amid Iran’s economic problems, Rouhani continued to hold out against a full quarantine: “We cannot shut down production in the country.”

The Government shifted last week to closure of a “major” part of the economy, with most of the Government’s 2.45 million workers at home. About 1/3 are carrying out their jobs in shifts.

Schools, universities, and four shrines are closed. Tehran Friday Prayers have been cancelled, Parliament is suspended, and public ceremonies were cancelled for New Year, including the Supreme Leader’s speech in the second city of Mashhad.

Checkpoints have been established to limit movement between cities, but many Iranians have circumvented the barriers.

Rouhani, who has faced sustained criticism from hardliners and the Revolutionary Guards, cautioned the Cabinet, “Now is not the time for gathering teams and waging a political war.”