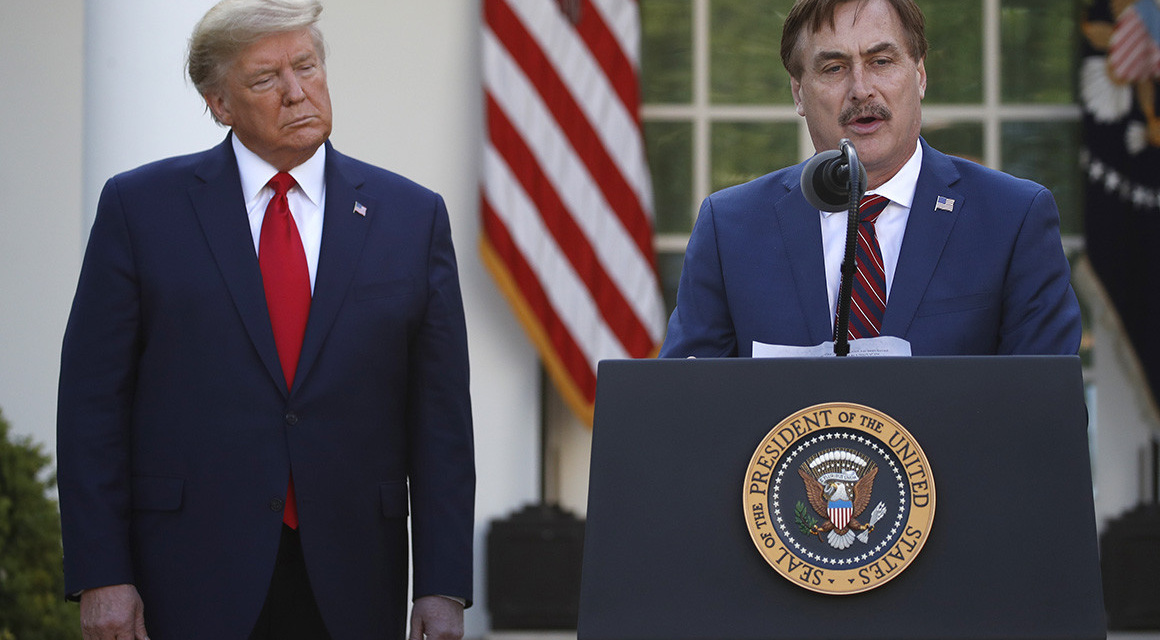 US deaths from Coronavirus pass 3,000, as Donald Trump denies problems with testing and turns a White House briefing into a rally with company CEOs.

The US death toll broke the barrier late Monday, according to the CNN Health tracker. There are now 160,708 confirmed cases.

Ten days ago medical staff reported about 250 deaths. The toll passed 1,000 on Thursday and 2,000 on Saturday.

Dr Anthony Fauci, the director of the National Institute of Allergy and Infectious Diseases, used Monday interviews to amplify his weekend warning that the US should expect 100,000 to 200,000 deaths, even if the medical response and social distancing are effective from this point.

Looking beyond New York City, the current center of the US epidemic, Fauci said New Orleans and Detroit show signs that “they’re going to take off” and smaller cities are “percolating”.

Deborah Birx, the coordinator of the White House Coronavirus task force, echoed the estimate of 200,000 deaths even “if we do things together well, almost perfectly”.

State governors, who have led the effort against the virus amid the Trump Administration’s lack of coordination, told Trump in a conference of the critical lack of medical supplies such as personal protective equipment, masks and ventilators. They also spoke of the difficulties of mapping the virus because of a shortage of testing.

Literally we are one day away if we don’t get test kits….We wouldn’t be able to do testing in Montana.

See also EA on Monocle 24 and talkRADIO: Coronavirus — How Much Damage is Trump Doing?

Illinois Governor J.B. Pritzker told a press conference that the Administration’s promise of 300,000 N95 protective masks turned out to be regular surgical masks, “which is not what we asked for”.

With Chicago seen as a possible epicenter of the next wave of the epidemic, Pritzer said, “I can’t emphasize enough how much we need the federal government to step up and amplify the size of their PPE deliveries to Illinois and frankly across the nation.”

.@NYGovCuomo on President Trump and coronavirus: "I am not engaging the president in politics…This is no time for politics. Lead by example…I am not going to rise to the bait of a political challenge…I just want partnership to deal with this."

Instead of acknowledging the crisis, Trump used morning and afternoon appearances to tout his leadership, receive fawning praise, and attack the media and Democrats.

He began with a hour-long phone-in to his favorite show Fox and Friends to insist that he had saved the country from “deaths like you have never seen before”. Unsettled by House Speaker Nancy Pelosi’s statement that his mismanagement had led to death which could have been avoided, Trump snapped:

She’s a sick puppy … that’s a terrible thing to say. My poll numbers are the highest they’ve ever been because of her.

Continuing his campaign against State and local leaders such as New York Governor Andrew Cuomo, he repeated lies that states have no shortage of medical equipment but are keeping the supplies in warehouses, from where they are being stolen, and that medical staff are squandering items such as masks.

I find that insulting to our healthcare workers. I find it insensitive.

What the president should be doing is praising our healthcare workers, not suggesting somehow they’re doing something wrong with the supplies that have been sent. That’s just insensitive and it’s unhelpful.

States took further steps on Monday to try and cope with the surge in cases. Maryland and Arizona became the 23rd and 24th states to issue stay-at-home orders, which now cover 78% of the US population, and San Francisco extended shelter-in-place rules.

Other states such as Vermont implemented orders for anyone entering to observe a 14-day home quarantine. Michigan extended unemployment programs to workers who do not qualify for state benefits.

In the afternoon, Trump devoted himself to mutual congratulation and promotion with company heads.

Instead of using the White House briefing to give the latest information on the scale of the crisis, Trump paraded the CEOs to the podium to praise him.

He began with his “friend” Mike Lindell, the CEO of MyPillow: “Boy, do you sell those pillows, it’s unbelievable what you do.”

Lindell said his company is now making masks — surgical masks, not the N95 protective masks — and then bowed to Trump:

God gave us grace on November 8, 2016 [the date of Trump’s election], to change the course we were on. God had been taken out of our schools and lives, a nation had turned its back on God….

Our president gave us so much hope when just a few short months ago we had the best economy, the lower unemployment and wages going up. It was amazing….We will get through this and get back to a place that’s stronger and safer than ever.

Lindell has told associates that Trump is encouraging him to run for governor of Minnesota in 2022. He is the Minnesota chair of Trump’s 2020 campaign.

Am I forgetting anything?

The My Pillow Guy:
☑️ is getting PAID to make cloth masks
☑️ is NOT making N95 masks that drs & other med professionals need
☑️ promoted his company
☑️ promoted his religion & Trump
☑️created positive PR for his future candidacy https://t.co/lCu91rdMW6

On Sunday, Trump blatantly lied about his recent statements denying a need for ventilators and ordering a cut-off of Governors if they did not appreciate him and his Administration, assailing journaqlists as “threatening” even as he refused to hear their questions.

Yesterday Trump lashed out when CNN’s Jim Acosta read out Trump’s past assurances, at the outset of the US outbreak, that the virus was “very much under control” and “it will go away”.

“It’s almost a miracle the way it’s all come together,” Trump maintained. “And instead of asking a nasty, snarky question like that, you should ask a real question.” He bragged:

I do want them to stay calm and we are doing a great job….I could cause panic much better than even you. I would make you look like a minor league player.

For the second day in a row, he ranted at Yamiche Alcindor of the Public Broadcasting System, Trump again snapped: “You should be saying congratulations instead of asking a really snarky question.”

Having rejected the State governors’ concerns about testing, Trump opened a cardboard box with a machine which supposedly can administer a test in just five minutes. Stephen Hahn, commissioner of the Food and Drugs Administration, declared: “We’ve had a substantial addition to testing with the authorization of point-of-care tests, especially the Abbott point-of-care test, which the president has pulled out of the box.”

Trump then proclaimed, “Over one million Americans have now been tested, more than any other country by far.”

In fact, several other countries such as South Korea are ahead of the US in testing on a per capita basis — and started weeks before the Trump Administration even pursued a program.

But that did not bother Trump as he said of the South Korean capital: “Do you know how big the city of Seoul is? Thirty-eight million people. That’s bigger than anything we have.”

Seoul has less than 10 million people.