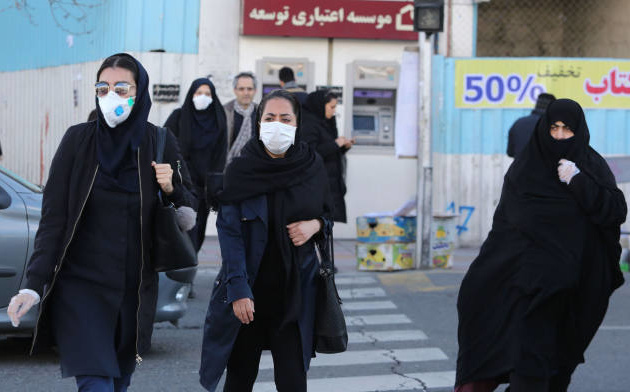 Changing his public line yet again, Iran’s President Hassan Rouhani says a “major” portion of the economy has been shut down as the country faces the Coronavirus crisis.

Rouhani declared on Saturday that the Islamic Republic could return to normal activity within two to three weeks, a day after the Supreme Leader declared that the priority for the Iranian New Year must be a “Surge in Production”.

But his proclamation gave way as Iran’s virus toll continued to surge. Health Ministry Spokesman Kianush Jahanpur said on Tuesday that have been 1,934 deaths, an increase of 122 on the previous day.

Rouhani told the Cabinet on Wednesday, “We have decided to shut down a major part of the economy in recent days due to the significance of boosting health of people.”

The President has opposed the formal declaration of quarantines, claiming a “foreign conspiracy” to stop production in Iran. However, he said to his Minister, “Tough measures will be adopted across the country to contain the deadly disease.”

He spoke of a social distancing plan with “tough decisions…made for protecting lives of people.”

The Supreme Leader, Rouhani, and officials initially downplayed the seriousness of Coronavirus last month, blaming fear of the illness for depressing turnout in Parliamentary elections.

However, as the epidemic spread from the holy city of Qom throughout the country — including the deaths and illnesses of a Vice President, MPs, senior clerics, and the Supreme Leader’s advisors — the authorities had to take steps.

The Government has closed schools, universities, and four shrines. Tehran Friday Prayers have been cancelled, Parliament is temporarily closed, and public ceremonies were suspended for New Year, including the Supreme Leader’s speech in the second city of Mashhad.

Checkpoints have been established to limit movement between cities, but many Iranians have circumvented the barriers.

Rouhani said on Wednesday that most of the Government’s 2.45 million workers are now at home. However, 1/3 continue to carry out their jobs in shifts:

This is all because we are forced to supply water, power, energy and foodstuffs. We have to get the farmer’s products to the shops, and all those who are working in production must be able to continue their activities to its maximum amount to provide for people’s needs.