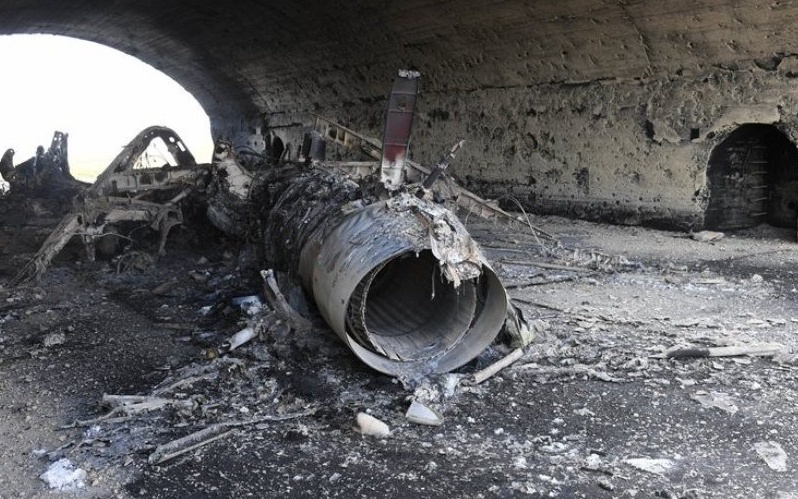 Damage at Shayrat airbase in central Syria after a US airstrike, April 7, 2017

The Assad regime and activists say Israel has carried out more airstrikes inside Syria, this time on a regime airbase in Homs Province.

The Israeli missiles reportedly landed at 8:25 p.m. near Shayrat airbase, from where a sarin attack was launched against opposition-held Idlib Province in April 2017, killing about 90 people and wounding hundreds. The US bombed the base days later.

Last August explosions inside the base killed at least 28 regime troops. A regime military official blamed an ammunition depot which overheated, and regime media claimed a “technical fault during the transport of expired ammunition”.

State news agency SANA put out a template statement about Tuesday’s attack, claiming that a “number of missiles” were downed by air defenses.

The attacks initially focused on Iranian transfers of weapons and missiles to Hezbollah and on the movement of Iranian and Hezbollah personnel to southwest Syria near the Israeli-occupied Golan Heights. They expanded across the country from 2017 as Prime Minister Netanyahu demanded complete Iranian military withdrawal.

Last month the IDF, in an unusual acknowledgement of strikes, said it targeted positions of the Iranian-backed Palestinian Islamic Jihad near Damascus.