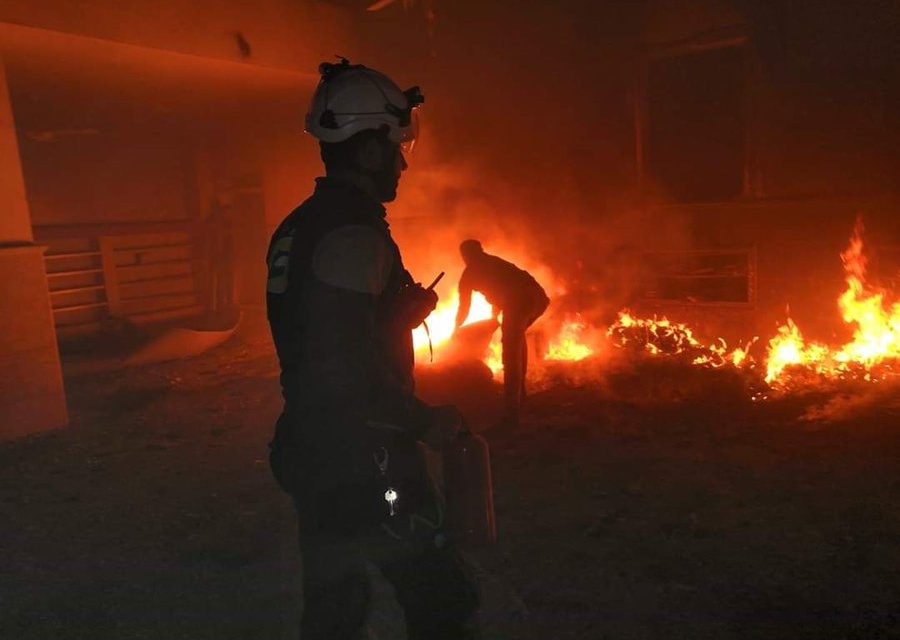 International attention — but no international action — has been focused on the Russian-regime assault on neighboring Idlib Province, with more than 1,500 civilians killed, thousands wounded, and more than 800,000 displaced in the greater Idlib area since late April.

But having seized almost all of northern Hama Province and part of southern Idlib, Russia and the Assad regime have recently stepped up air and ground attacks on opposition-held territory in western Aleppo.

The bombing of the city was the first since 2017.

One man was injured in #Albab city in northern #Aleppo, after Russian warplanes attacked the civilians houses with one airstrike. pic.twitter.com/bPgyHkFmUg

The jihadist bloc Hay’at Tahrir al-Sham carried out two suicide car bomb attacks on regime positions on the western edge of Aleppo city. Fighting was reported in the al-Zahraa district.

Pro-Assad forces occupied eastern Aleppo city in December 2016, after a months-long siege and bombing campaign that killed thousands of civilians. More than 50,000 civilians were forcibly transferred to other parts of northern Syria.