Syria Daily: Displaced Civilians Are Dying from Cold in Idlib 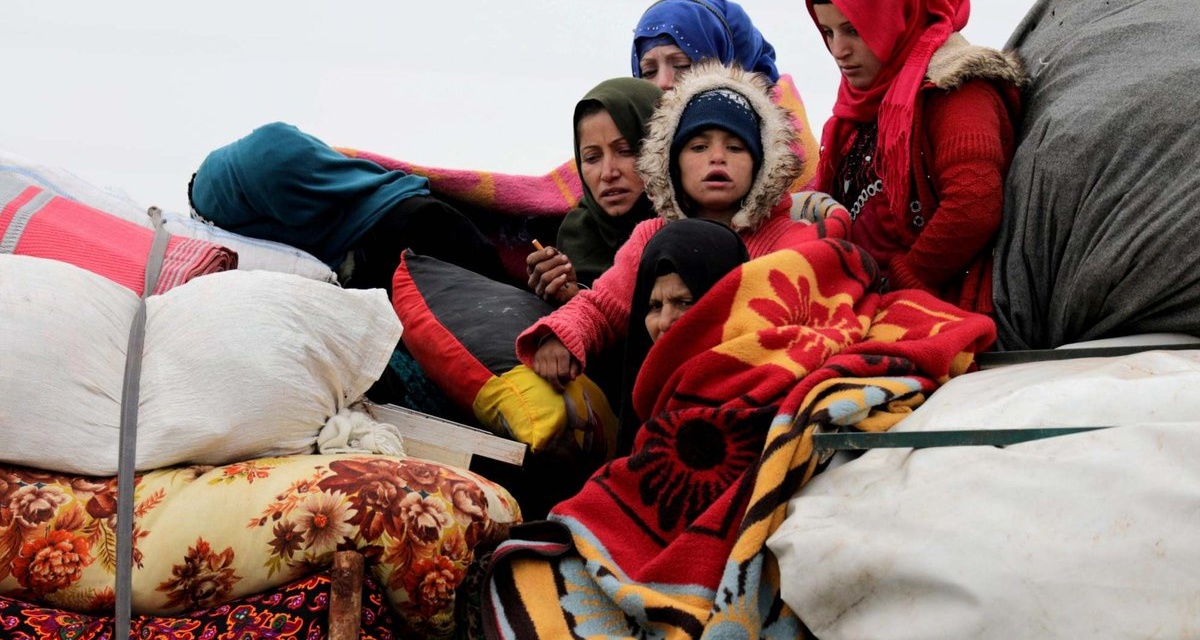 Civilians, among more than 1 million displaced in Idlib Province in northwest Syria by a Russian-regime offensive, are dying from the winter cold.

At least six children have died in recent days, according to the International Rescue Committee. One family was found dead in the snow after they could not find shelter.

Local aid workers, providing photographs, spoke to EA WorldView of the death of all six members of the al-Hammadi family, displaced from Kafrouma in southern Idlib.

The family, including two children, were overcome by carbon monoxide as they tried to heat their tent in the Keir al-Sham camp.

Citizen journalist Osama bin Javaid reported on Thursday, “Today in Afrin, a father brought his 5 year-old daughter to the hospital. [He] walked 20 km from his tent in the camp & thought she had flu. Doctor told him she died already because of hypothermia.”

More than 80,000 people are sleeping in the open air in the freezing temperatures, with almost 20,000 sleeping in olive groves.

The UN reported earlier this week that more than 800,000 people have homes since 1 December. Most are women and children.

The crisis has been caused by the Russian-regime offensive that started last April, shattering a de-escalation around Idlib and northern Hama Province that had been agreed by Russia and Turkey in September 2018.

More than 1,800 civilians have been killed and thousands wounded as the offensive seized almost all of northern Hama and part of southern Idlib, including the M5 highway between Damascus and Aleppo.

Russian officials have denied that civilians have been forced to flee by the offensive. The Defense Ministry has proclaimed that any displaced have left Idlib for regime-held territory — even though few, if any, used a “humanitarian corridor” declared by Moscow during a 48-hour pause in attacks earlier this month.

At #MSC2020, FM Sergey Lavrov says #Russia is promoting a settlement of the #Syria conflict through negotiations.

Reality check: Not far from #Munich Russian forces are aiding & abetting #Assad's atrocity crimes. Civilians & hospitals are being bombed & 100.000s are on the run. pic.twitter.com/1Rf7qMXvqj

We’ve been calling repeatedly in the Security Council for the protection of the civilian population.

What’s this world coming to if we’re not able to protect 3 million civilians – mostly women and children – who are trapped in a war zone?