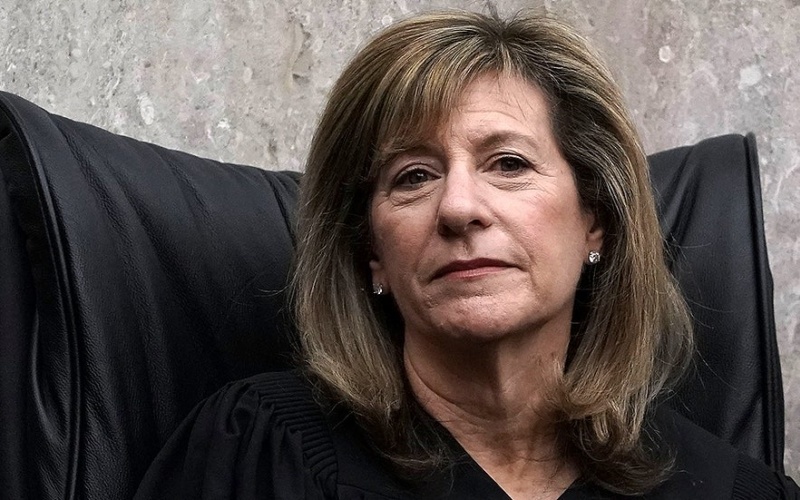 Jackson (pictured) issued the statement on Tuesday in a hearing on a defense motion for a new trial. Last Thursday the judge sentenced Stone, the 2016 Trump campaign’s liaison with WikiLeaks as it published e-mails hacked by Russia, to 30 months in prison for lying to Congress and tampering with a witness.

As Trump assailed a “miscarriage of justice”, Stone’s attorneys immediately filed for a new trial, alleging without evidence that the jury’s forewoman is an operative of the Democratic Party.

Trump criticized the judge for not pursuing former officials like FBI directors James Comey and Andrew McCabe, and he targeted the forewoman: “You have a juror that is obviously tainted. She was an activist against Trump. She said bad things about Trump and bad things about Stone. She somehow weaseled her way onto the jury.”

This is a highly publicized case, and in a highly polarized political climate in which the President himself has shone a spotlight on the jury through his Twitter platform….

An individual who may be angry about Mr. Stone’s conviction or other developments on the news may choose to take it out on them personally.

Further displaying her concern, the judge restricted the hearing. Reporters and the public could not attend, but had to listen to audio in chambers outside the courtroom. Jackson insisted that no juror be identified by name: “The risk of harassment and intimidation of any jurors who may testify in the hearing later today is extremely high.”

There has rarely been a juror so tainted as the forewoman in the Roger Stone case. Look at her background. She never revealed her hatred of “Trump” and Stone. She was totally biased, as is the judge. Roger wasn’t even working on my campaign. Miscarriage of justice. Sad to watch!

Jackson has withstood pressure from Trump and Stone’s lawyers to recuse herself from the case, and she has praised the jury for its profession conduct. She pushed back against criticism of the forewoman over her social media posts.

Having an opinion about the president and some or even all his policies does not mean that she couldn’t fairly or impartially judge the evidence against Roger Stone. It paints a picture she cares about immigration, she cares about racial justice, that voice comes through.

Tuesday’s hearing was the latest attempt by Trump and his inner circle to keep Stone out of prison. Attorney General William Barr, amid a Trump tweet claiming “miscarriage of justice”, ordered senior Justice Department staff to overturn the prosecutors’ recommendation of a sentence of 7 to 9 years. But the attempt drew criticism from legislators and risked a revolt by Justice Department, and failed to dissuade Jackson from imposing the 30-month sentence.

The judge adjourned Tuesday’s hearing without any ruling on the defense motion, saying she will issue the decision later.