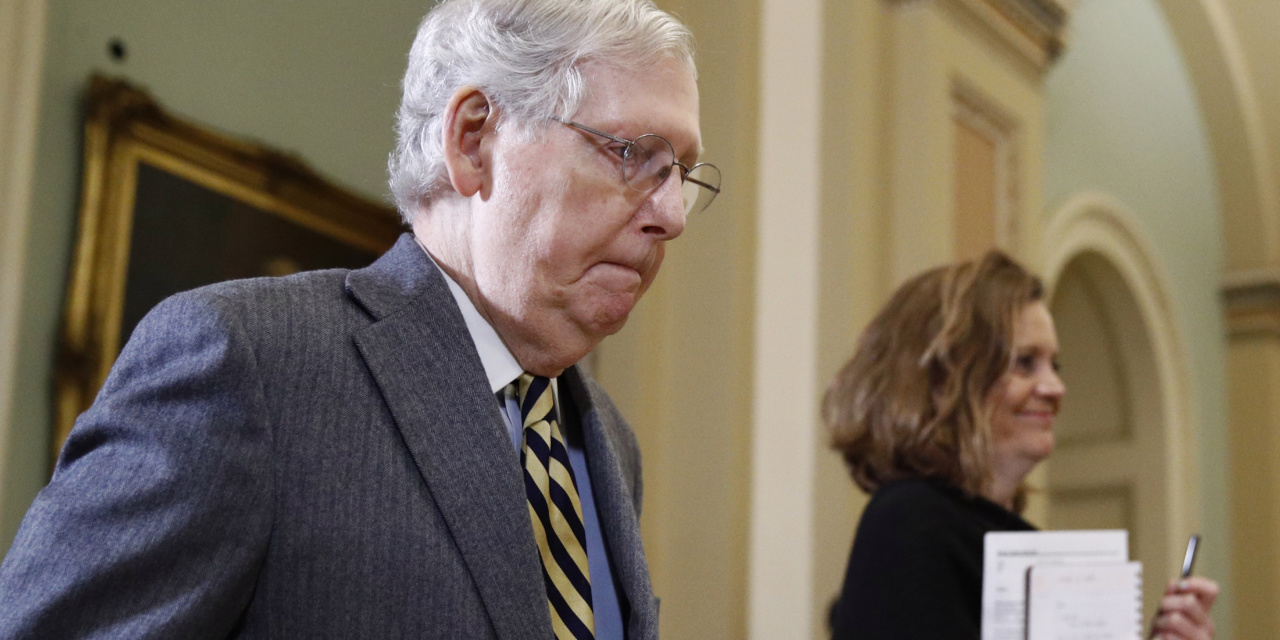 Majority Leader Mitch McConnell and the White House are working feverishly to block witnesses in Donald Trump’s Senate trial for abuse of power and obstruction of Congress.

Up to now, McConnell has expressed confidence that he could hold 50 of 53 Republican Senators to prevent any testimony and documents in the trial, spurred by Trump’s pressure on Ukraine for investigations to tarnish Presidential candidate Joe Biden and to cover up Russia’s involvement in the 2016 US election.

But he and Trump’s inner circle have been rocked by the revelations of former National Security Advisor John Bolton, in extracts from his forthcoming book, that Trump froze Ukraine’s security assistance until it announced the investigations.

The White House, caught off guard by Sunday night’s New York Times article with the revelations, feared that up to a dozen Republican senators might defy it. Sen. Mitt Romney, who has said he favors witnesses, said, “I think it’s increasingly likely that other Republicans will join those of us who think we should hear from John Bolton.” Sen. Susan Collins echoed the ramarks, and Sen. Lisa Murkowski said yesterday, “Mr. Bolton probably has some things that would be helpful for us.”

On Tuesday, as soon as presentations by Trump’s attorneys were completed, GOP senators met in the Capitol. McConnell warned that he did not have the 50 votes, with some Republicans uncommitted.

“It was a serious family discussion,” said Sen. Kevin Cramer of North Dakota. “Some people are sincerely exploring all the avenues.”

McConnell and his team did not confront the weight of Bolton’s evidence. Instead, the Majority Leader said witnesses would blow up his attempt to complete the trial by Friday and extend it by weeks.

“We’re trying to get everyone on the same page,” said Senate Majority Whip John Cornyn.

“The Case for Calling John Bolton”

In their final statements, White House and Trump attorneys did not challenge the former advisor’s account of Trump tying aid to the investigation. Instead, they tried to wave away its relevance. Jay Sekulow asserted, “Impeachment] is not a game of leaks and unsourced manuscripts. That is politics, unfortunately.”

House managers, who presented their case earlier in the week, seized on Sekulow’s statement to reinforce the need for witnesses. They noted that the reference to “unsourced allegations” proved their point that the Senate must subpoena officials to verify their accounts.

Rep. Adam Schiff said, “Once again, the President’s team, in a way that only they could, have further made the case for calling John Bolton.”

Senators are likely to vote on Friday about the witnesses and documents. A refusal would enable McConnell to hold an immediate vote on conviction — which, required a 2/3 majority, is near-certain not to occur.

Throughout the House impeachment hearings, the White House ordered current and former US officials not to testify. The approach led to the charge of obstruction of Congress against Trump.

But 17 officials defied the order, and their testimony and documents established the 10-month campaign by Trump and his personal attorney Rudy Giuliani for the investigations.

Alongside Bolton’s account, documents and statements from Lev Parnas. the point man for the Trump-Giuliani campaign, have established the extent of the campaign. It included disinformation to undermine US Ambassador to Ukraine Marie Yovanovitch, and meetings with former and current Ukrainian officials seeking dirt on Biden.

Parnas further established his story with an 83-minute audio, from April 2018, in which Trump told donors — after prompting by the now-indicted businessman — that he would “get rid” of Yovanovitch immediately. The tape countered Trump’s insistence that he did not know Parnas, despite multiple photographs of the two men together.

Former White House Chief of Staff John Kelly, who left his post at the end of 2018, told an audience in Florida about Bolton’s revelations, “I think some of the conversations seem to me to be very inappropriate, but I wasn’t there. But there are people that were there that ought to be heard from.”

Trump, who was at a rally in New Jersey on Tuesday night, lashed out on Twitter:

No matter how many witnesses you give the Democrats, no matter how much information is given, like the quickly produced Transcripts, it will NEVER be enough for them. They will always scream UNFAIR. The Impeachment Hoax is just another political CON JOB!