Assassination of Iran’s Soleimani Means Uncertainty for Pakistan and Afghanistan 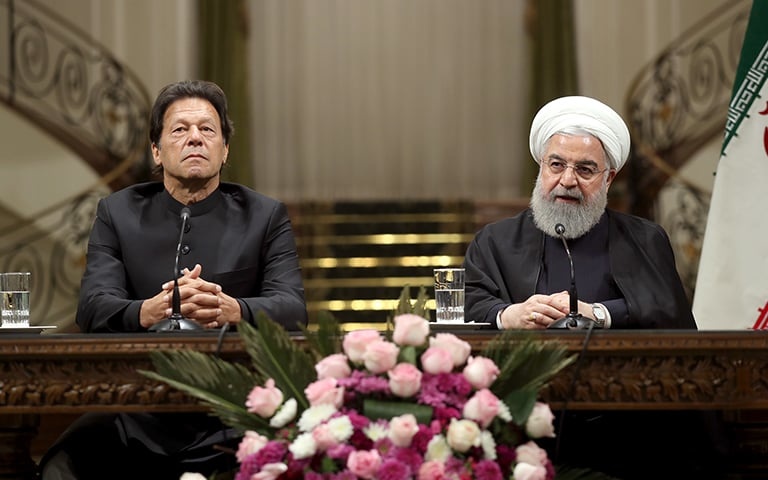 The removal of Iran’s Maj. Gen. Qassem Soleimani, assassinated by a US drone strike on January 3, from the region’s political chessboard will have implications not only across the Middle East but will reverberate through South Asia, affecting the conflict in Afghanistan and Iran’s bilateral ties with Pakistan.

A History of Animosity

The Quds Force of the Islamic Revolutionary Guard Corps been an active player within the Afghan theater since the days of jihad. It was a marginal player during the 1980s, with its focus on the war with Iraq. But in the mid-1990s, it looked east with the ascendancy of the Taliban, seeking to undermine the Sunni fundamentalist regime .

When Soleimani became the chief of the Quds Force in 1998, Iran and the Taliban Government were on a war footing. In the Taliban takeover of the northern Afghan city of Mazar-e-Sharif, from the Uzbek warlord Abdur Rashid Dostum, nine Iranian diplomats and a journalist were killed. Yet Soleimani argued against the use of direct force: instead he advocated an increase in support for the Northern Alliance, the main anti-Taliban front.

Iranian relations with Pakistan remained on a downward trajectory during the 1990s, amid of the worst sectarian violence in Pakistani history, perpetrated by Sunni and Shia militant groups backed by Saudi Arabia and Iran respectively. As Pakistan was one of the erstwhile supporters of the Taliban Government, Tehran’s active support for the Northern Alliance was not well-received in Islamabad.

When the US military intervened in Afghanistan in 2001, the Taliban regime was removed from Kabul and the political factions associated with the Northern Alliance were back in power. But for Tehran, a bigger problem was the presence of NATO troops. This led to Iran’s multi-faceted engagement with a range of political and militant actors. Soleimani’s successor Gen. Esmail Qa’ani, the long-time deputy commander of the Quds Force, played a significant role in the strategy.

Iran has traditionally supported and held stronger ties with the ethnic Hazara Shia community . As the Hazaras suffered severe persecution during the Taliban days, they found a natural patron in Tehran. Iran also exercised influence over Tajiks in Afghanistan, particularly in the western province of Herat which borders the Islamic Republic. But the most spectacular aspect of Iranian engagement was their courting of the Taliban, who resurrected themselves as a powerful insurgent force challenging the authority of the Afghan Government and NATO troops.

Recently disclosed pictures, circulating in the Afghan media, suggest that General Qa’ani was operating as the deputy ambassador of Iran to Afghanistan as late as 2018. This approach did nothing to improve Iran’s relationship with Pakistan, which maintained strong links with the Taliban leadership and considered this incursion by the Iranians as an effort to weaken Islamabad’s hand.

As Iranian maneuvers in Afghanistan raised eyebrows in Islamabad, developments on the Iran–Pakistan border further weakened the bilateral relationship. The 2016 capture of the alleged Indian spy Kulbhushan Yadav, who entered Pakistan from Iran, shook Pakistan’s security establishment. The border could not be considered a safe zone any longer, and the alleged Indian presence in the Iranian port of Chabahar was a potential threat to Pakistan’s security and strategic interests. It is highly unlikely that the Quds Force was unaware of these activities.

Pakistan lodged a strong protest against this development with Iran’s President Hassan Rouhani and demanded that the Islamic Republic was not used as a launch pad for actions against Pakistani national interests.

Another issue involving the Quds Force was on the radar of Islamabad’s security agencies — the recruitment of Pakistani Shias to fight for the Assad regime in the Syrian conflict. These fighters were grouped under the militia Liwa al-Zainabiyoun. General Qa’ani was a central figure in the recruitment drive, even as Pakistani authorities clamped down on a charity organisation that was used as a front group for Iran’s activities.

Then there was the border security situation between the Iranian Province of Sistan-Baluchestan and Pakistani Balochistan. Jundullah, a Sunni Baloch separatist organization, waged a low-intensity insurgency within Sistan-Baluchestan for years; although Pakistan helped Iran in apprehending Jundullah’s chief,Abdolmalek Regi, the bilateral distrust never evaporated.

In early 2019, a successor Baloch group, Jaish ul-Adl, killed 27 Revolutionary Guards troops in an attack on a bus near Iran’s border town of Zahedan. Soleimani cautioned the Pakistani Government to stop cross-border attacks from its territory and vowed a strong response if significant progress was not made.

The government of Imran Khan in Pakistan has tried to address the deficit of trust deficit Iran, but there has been no structural change. When Khan visited Iran in October 2019, seeking to mediate between Iran and Saudi Arabia, the Supreme Leader did not acknowledge and appreciate Pakistan’s efforts to defuse regional tensions. Instead, Ayatollah Khamenei advised the Prime Minister to focus on border security issues.

Gen. Qa’ani’s succession of Soleimani has serious implications for the security situation in Afghanistan and Iran’s relationship with Pakistan.

During the Trump Administration, Pakistan and the US have developed a working relationship on the Afghan issue, with both sides agreeing on the need for a negotiated settlemen. Pakistan has used its influence with the Taliban, keeping alive the Doha Dialogue in the Qatari capital, even after Trump cancelled talks with the insurgent group.

Pakistan has been wary of Iran’s attempts to sway the Taliban away from the negotiating table and towards a renewed confrontation with the US on Afghanistan’s battlefields. Now the Quds Force is led by Qa’ani, someone who knows the Afghan political landscape just as Soleimani knew that of Iraq.

Iran could exact its revenge on the US, not in the Middle East but in the Afghan theater by attempting to derail the peace process. For Pakistan, ominous signs are already present: a Guards spokesperson has conducted a press briefing with the Zainabiyoun group’s flag behind him, alongside the banners of Iran’s other proxy forces across the region.

This posturing from Iran may be a direct response to Pakistan’s cautious and restrained reaction to the killing of Soleimani. It may push back against close deliberation between US officials and the Pakistani government.

Whatever the motive, the combination of Qa’ani’s ascension, the delicate state of the Afghan talks, and an uncertain border situation are a potent combination. While the Western Front occupies media attention, Iran’s Eastern Front may be where trouble arises.