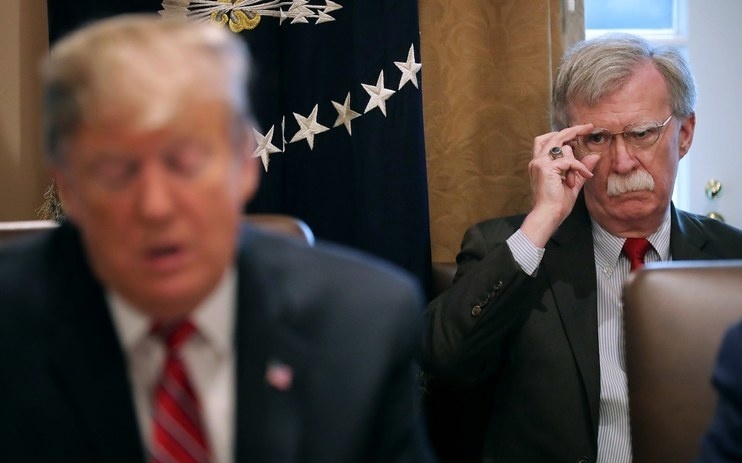 I spoke with Austrian Radio FM4’s Steven Crilley and Monocle 24’s Emma Nelson on Monday about two headline topics: the effect of former National Security Advisor John Bolton’s manuscript on the impeachment trial of Donald Trump, and Trump’s non-plan — reportedly being presented on Monday — for Israel and Palestine.

We’ve had the “smoking gun” against Donald Trump and his personal attorney Rudy Giuliani for four months. We have had the 17 current and former US officials set out the campaign by Trump and Giuliani since November 2018, almost blackmailing Ukraine to announce the investigations.

It’s not that we don’t have a smoking gun — it’s that no amount of smoking guns will move those Republican Senators who are entrenched for Donald Trump.

On issues such as the territorial division between the two countries, the state of the Israeli occupation of Palestine and what happens to Israel’s military forces, on the Israeli-supported settlements in the West Bank, there’s nothing that has come out.

Meanwhile, there have been complication such as the move of the US Embassy to Jerusalem.