Iran Daily: Regime Declares “Revenge on US Beyond Military Operations” 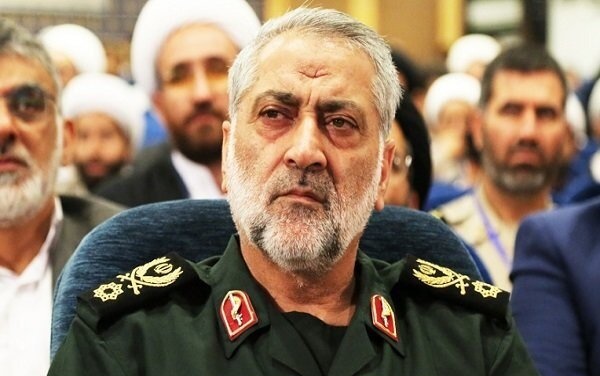 Iran’s Ambassador to the UN Majid Takht Ravanchi has reiterated Tehran’s line that there will be no talks with the US unless the Trump Administration lifts sanctions.

Ravanchi responded to Donald Trump’s Wednesday speech by that the Islamic Republic will not be “misled” by Trump offering cooperation while the “unprecedented” sanctions are in effect.

ORIGINAL ENTRY: In its first reaction to Donald Trump’s speech on Wednesday, Iran has reiterated that it will have “revenge” for the US assassination of Maj. Gen. Qassem Soleimani; however, it has indicated that it will pursue political maneuvers rather than military operations.

The message came on Thursday from Iranian Armed Forces spokesman Brig. Gen. Abolfazl Shekarchi. He told an audience from the holy city of Qom that the American “corrupting presence in the region must end“.

Shekarchi, referring to the Supreme Leader’s statement on Wednesday before Trump’s speech, said, “Iran will take revenge on US beyond the military operations.”

Ayatollah Khamenei hailed the Iran missile attacks on two Iraqi bases with US personnel early Wednesday: “A slap was delivered on their face.”

The attacks were a carefully-calibrated retaliation for last Friday’s US killing of Soleimani, the head of the Qods Force of the Revolutionary Guard. US forces were on high alert, and Tehran sent a message through the Iraqi Prime Minister that the attack was imminent.

As a result, there were no casualties, allowing Trump to declare yesterday that Iran was “standing down”.

With Iran pressing the Iraqi Parliament and Prime Minister for the expulsion of US forces, Khamenei said, “What is important is that the seditious American presence in the region must end.” President Hassan Rouhani echoed, “Our final answer to [Soleimani’s assassination will be to kick all US forces out of the region.”

Iran has also responded by suspending its commitments under the 2015 nuclear agreement with the remaining 5+1 Powers (UK, France, Germany, China, and Russia). Tehran is hoping the step will lead to arrangements with the signatories to bypass comprehensive US sanctions, in return for Iran’s renewed compliance with the deal.

Brig. Gen. Shekharchi declared on Thursday that “baseless remarks” by US officials showed they can do nothing in the face of Iran’s power: “Launching psychological warfare, US tries to dictate its attitude and compensate for the gap in military issue where they are so weak.”