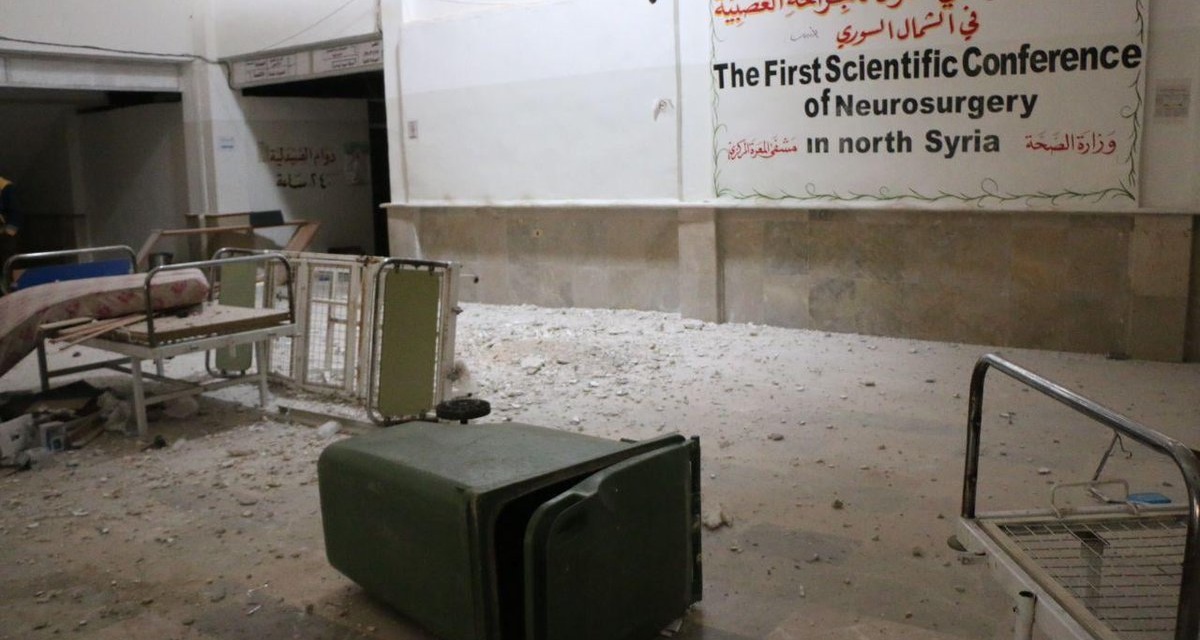 Having driven 70,000 civilians out of Ma’arat al-Num’an in northwest Syria, Russia and regime forces pounded the town again on Tuesday.

Targets of shelling included Maarat al-Numan Central Hospital, the last hospital in southern Idlib Province. The facility went out of service after midnight, after it was struck with 30 rockets, damaging part of the building including the women’s section and the clinics.

A message from the White Helmet Obada from inside the central hospital of #MaaratalNuman, the last hospital in the southern countryside of #Idlib, which went out of service after being targeted by artillery shells by the regime forces midnight yesterday. pic.twitter.com/yN4tL6YvFg

Mohamed al-Hallaj, director of the Response Coordinators Team, said another 20,000 people have fled their homes since Tuesday.

There were also Russian-regime attacks on neighboring western Aleppo Province, injuring a child and three men.

A Russian-regime offensive, which began in late April, forced more than 235,000 people to flee the area in and near Ma’arat al-Num’an last month. The occupation of the “ghost town” was expected, but pro-Assad troops have yet to move in.

Since late April, the offensive has killed more than 1,100 civilians, wounded thousands, and displaced more than 600,000 in the last major opposition area of Syria. Russia and the regime have seized almost all of northern Hama Province and part of southern Idlib.

UN officials have said the attacks are tantamount to a “war crime”, but the international community has been unable or unwilling to take any action. Instead, Russia and China vetoed the continuation of UN cross-border aid last month.

A desolate ghost town vacant of its people except for in #MaaratalNuman is the result of days of brutal military campaign against it by Russia and the regime. A message from @RaedAlSaleh3, head of the White Helmets, from Maarat al-Numan to the international community. pic.twitter.com/W9gH4TTC3U