EA on TV and Radio: NATO Survives Trump, But Can Trump Survive Impeachment? 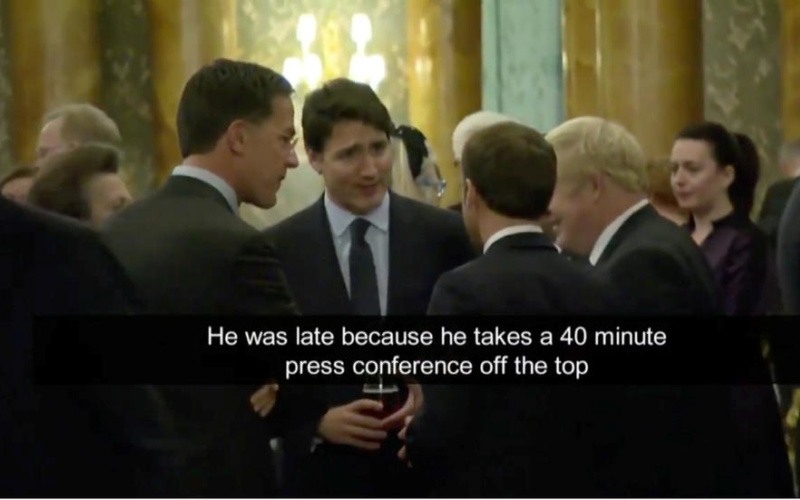 In our weekly 20-minute Journey Across Trump-Land, I joined talkRADIO’s Alexis Conran on Saturday to update the impeachment process and to relive Donald Trump’s ego-fail at the NATO leaders’ meeting in the UK.

Can you hear it? That’s the sound of impeachment marching up to Donald Trump’s front door.

There’s also a glance at Trump’s attorney Rudy Giuliani — having sparked the Trump-Ukraine scandal and under investigation by Federal prosecutors — doubling down with a trip to Kyiv to whip more disinformation and conspiracy theory.

My discussion with Pakistan’s PTV World about the state of the impeachment process and the possibility of Donald Trump’s conviction:

I spoke on Friday morning with BBC Radio Ulster, summarizing the progress with drafting articles of impeachment against Donald Trump.

ORIGINAL ENTRY, DEC 5: I spoke with UK and international outlets on Wednesday and Thursday about the fallout from Donald Trump’s appearance at the NATO leaders’ meeting, and the state of the impeachment process which has greeted a sulky Trump on his return to Washington.

Senate Republicans will have to make the political choice. Do they remain tied to Trump all the way through the November 2020 election? Or do they dare break away in the face of legal scholars, as well as 17 current and former US officials, saying, “Yes, this man did put pressure on Ukraine to investigate political rivals for his personal gain?”

It’s a telling moment because it reveals what leaders privately discuss about Donald Trump and what their agencies think: Trump rambles, he has a loose relationship with the truth, and the outcome can be chaotic when you’re trying to conduct diplomacy.

What you try to do with Donald Trump is what you do with your 5-year-old when he goes off the handle: you try to handle.

A chat with Eamonn Holmes and Jacquie Beltrao about Trump’s rough time at the NATO summit, his fragile ego, and why he has “raccoon eyes”.

What does NATO do for the 21st century?

The problem is that for Donald Trump, it’s all about NATO ripping off Americans and it’s not about the issues of collective defense. The serious discussions this week will have been going on behind the scenes over NATO’s development as a defense organization, not for the Cold War of 1989 but for the world of 2019.