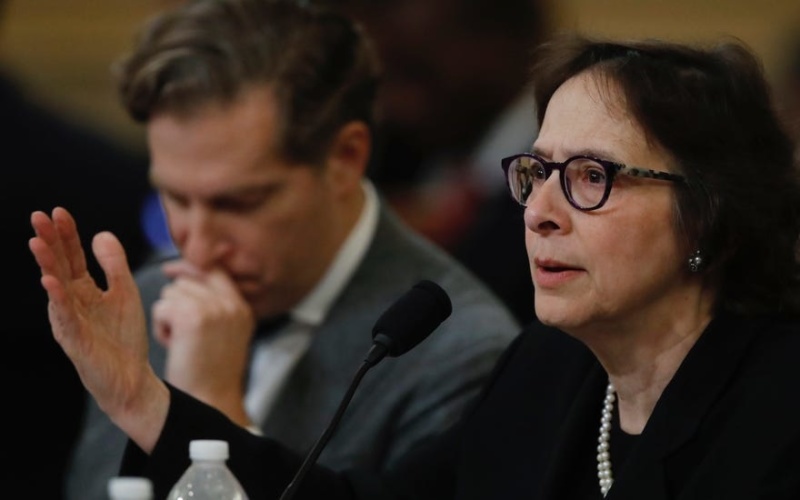 My discussion with BBC Radio Scotland, during Wednesday’s Judiciary Committee hearings, about the significance and what happens next:

If you don’t consider these charges, when do you consider a possible threat to the US system by a sitting President?

The House Judiciary Committee’s impeachment hearings open with a detailed exposition by three of four constitutional legal scholars of the “impeachable offenses” committed by Donald Trump.

The three scholars — Michael Gerhardt, Noah Feldman, and Pamela Karlan — said Trump’s pressure on Ukraine, for investigations to tarnish Presidential candidate Joe Biden and to cover up Russia’s involvement in the 2016 US elections, clearly met the definition of an impeachable abuse of power.

Citing and reinforcing the 17 current and former US officials who testified to the House Intelligence Committee, the lawyers said Trump’s campaign threatened both national security and the US Constitution.

The scholars said the abuse of power met the Constitutional definition of an impeachable offense of “bribery”. They also said that Trump had obstructed Congress with his orders to current and former officials not to comply with subpoenas, and Judiciary Committee chair Rep. Jerry Nadler pointed to an obstruction of justice charge over Trump’s efforts to block the Trump-Russia inquiry of Special Counsel Robert Mueller.

A fourth lawyer, Jonathan Turley, propped up the Republicans by insisting that the impeachment process was moving too quickly and was based on “wafer-thin” evidence.

The Judiciary Committee, having received the report of the Intelligence Committee, is considering whether to draft articles of impeachment. If it approves the articles, following another hearing next week, the full House could vote on impeachment before the Christmas recess.

Gerhardt summarized the analysis of the trio of legal scholars: “If what we’re talking about is not impeachable, then nothing is impeachable. This is precisely the misconduct that the framers created the Constitution, including impeachment, to protect against.”

Feldman cited Trump’s quid pro quo — suspending a White House visit by President Volodymyr Zelenskiy and freezing $391 million of securitya assistance until investigations were announced — to argue: “The essential definition of high crimes and misdemeanors is the abuse of office. The framers considered the office of the presidency to be a public trust.”

And Karlan — pushing back the attempt of the ranking Republican, Rep. Doug Collins, to belittle the lawyers as uninformed and irrelevant — explained: “If you conclude that he asked for the investigation of Vice President Biden and his son [Hunter, a board member with Ukraine gas company Burisma] for political reasons, that is to aid his re-election, then, yes, you have bribery here.”

Turley pushed back, in moments designed for pro-Trump outlets like Fox TV, that it was the Democrats abusing power rather than Trump: “If you’re going to accuse a president of bribery, you need to make it stick, because you’re trying to remove a duly elected president of the United States.”

Democrat members of the Committee focused on questions to bolster the evidence accumulated since the impeachment inquiry opened in September, spurring by a formal complaint over Trump’s July 25 call with Zelenskiy.

Republicans continued the tactic of avoiding the evidence and attacking the inquiry. “A railroad job” and “a waste of time”, Collins said in a rambling statement.

The White House echoed the effort, with Press Secretary Stephanie Grisham accusing the Democrats, Gerhardt, Feldman, and Karlan of “political bias” in a “sham process”. Trump, or his staff, spent the day retweeting criticisms from their House allies.

Returning from a NATO meeting in the UK, in which he was upstaged and ridiculed by other leaders, Trump ended the day: “The Democrats should apologize to the American people!”

Melania Trump even pitched in, seeking advantage from Karlan’s example of the Constitution’s distinction between a monarch’s powers and Presidential authority: “The President can name his son Barron; he can’t make him a baron.”

A minor child deserves privacy and should be kept out of politics. Pamela Karlan, you should be ashamed of your very angry and obviously biased public pandering, and using a child to do it.

Karlan said later in the proceedings, “It was wrong of me to do that,” and added that she hoped Donald Trump would also apologize for his actions.