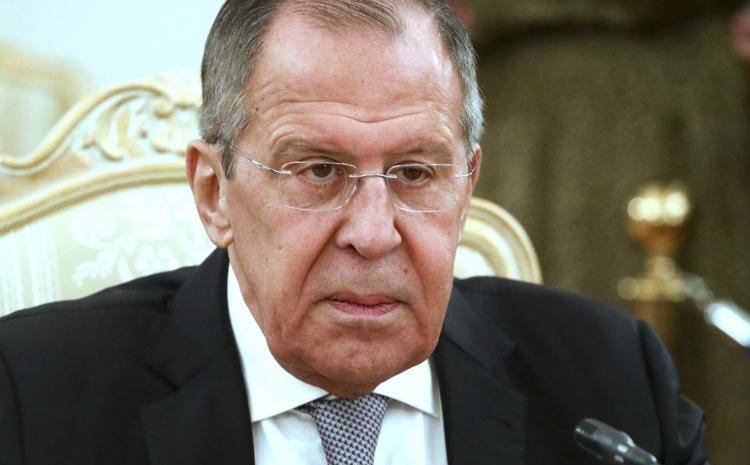 Russia has pursued a propaganda campaign for years to undermine the Organization for the Prohibition of Chemical Weapons. In recent months, Moscow has backed a network of bloggers, activists, and some academic and journalists denying the Assad regime’s dozens of chlorine and sarin attacks. The current campaign, feeding off two OPCW staff who dissented from formal reports, is trying to tarnish the organization’s investigation of a chlorine release that killed 43 people in Douma near Damascus in April 2018.

But the campaign has so far failed to block the OPCW’s Investigations and Identification Team, which is considering attribution of blame in seven incidents including Douma. So Russia is seeking a platform at this week’s OPCW Conference of State Parties in The Hague.

On Monday, OPCW Director General Fernando Arias sought to pre-empt the campaign, implicitly addressing the two staff who dissented over the Douma investigations and the exploitation by Russia and its supporters:

The nature of any thorough inquiry is for individuals in a team to express subjective views. While some of these diverse views continue to circulate in some public discussion forums, I would like to reiterate that I stand by the independent, professional conclusion.

Lavrov: “Dishonesty of Many Experts in This Organization”

Lavrov tried to regain the initiative on Tuesday, accusing the OPCW of working for countries opposed to the Assad regime:

We are hoping that the OPCW Director-General and the other staff members will be strictly guided by an unbiased attitude and will not take specific instructions from any country. At this point we doubt that the OPCW executives are abiding by these principles. pic.twitter.com/79SBlif5Ju

The Foreign Minister used a standard Russian line of disinformation, blaming White Helmets rescuers for “false flag” chemical attacks to tarnish Damascus. The claim reinforced the conspiracy theory of the “Working Group on Syria” — made up of UK academics, doctoral students, and Twitter activists — that Douma was a “staged massacre” by anti-Assad groups.

Neither Moscow nor any of its allies have ever produced any evidence of the volunteers, who have saved tens of thousands of lives in Syria’s conflict, being involved in chemical attacks.

However, Russia — whose operatives were caught trying to hack the OPCW’s computers last week — failed to make headway at the Conference for State Parties on Wednesday. Instead, the member states implicitly rapped Moscow over the knuckles as they agreed to put the nerve agent novichok on the OPCW list of banned substances.

The agent, considered among the most powerful in the world, was used in March 2028 by Russian services in the attempted assassination of former spy Sergey Skripal and his daughter Yulia in Salisbury, England.

The pair were critically wounded, but survived and are now in a safe house. A police officer was also seriously injured, and a local woman died in June when she accidentally put discarded novichok — hidden in a perfume bottle — on her wrist.

Russia initially objected to the proposed changes but relented as its proposal adding other chemicals to the list was adopted by consensus.

Dutch Foreign Minister Stef Blok summarized in a tweet: “I fully support this strong response to the #Salisbury chemical attack!”

#CSP24 of the @opcw just adopted Can/US/NL proposal to include #novichok chemicals in list of banned substances. The right response to the #Salisbury attacks. @CanadaOPCW @usembthehague pic.twitter.com/kjFs9kvIc1