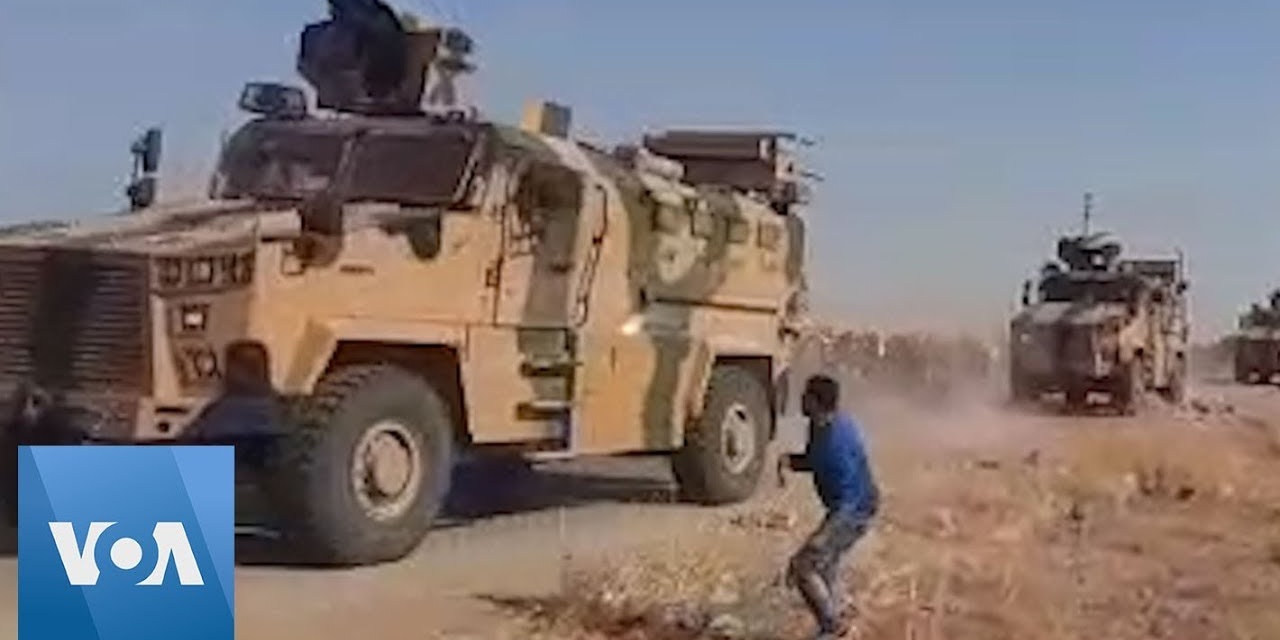 Residents in northeast Syria have pelted a Turkish-Russian military patrol, the second conducted by the countries since an October 22 agreement, with stones.

Video showed angry crowds responding to the patrol near Kobani, a key mainly-Kurdish border city affected by the agreement for Turkish control of a zone 480 km (270 long) and 30 km (deep) across the Kurdish cantons of Kobani and Cezire.

The Russian Defense Ministry wished away the footage, saying there were no incidents during the patrol. The Turkish Defense Ministry preferred photos on Twitter showing Turkish and Russian soldiers meeting at the border and studying maps.

The first four-hour patrol was carried out last Friday by armored vehicles and drones near the town of Darbasiya.

A Turkish-rebel offensive was launched on October 9 and took territory in and near the towns of Ras al-Ain and Tel Abyad as the Kurdish-led, US-supported Syrian Democratic Forces withdrew.

Erdoğan is seeking control of the zone extending east across the Euphrates River to Iraq. He says he hopes to resettle up to 2 million of the 3.6 million Syrian refugees in Turkey in the territory.

On Tuesday the Turkish President proclaimed that the Kurdish YPG, which Ankara considers to be part of the Turkish Kurdish insurgency PKK, had not left the area.

We are aware that there are still terrorists in the planned safe zone. They [US and Russia] cannot deceive us by saying that they have driven out the terrorists from these areas.

The Assad regime has pledged to retake “every inch” of Syria, including the region where Kurdish groups have claimed autonomy. Bashar al-Assad restated last Thursday that he would “liberate the area”, but backed away from immediate operations and accepted the Turkish-Russian oversight.