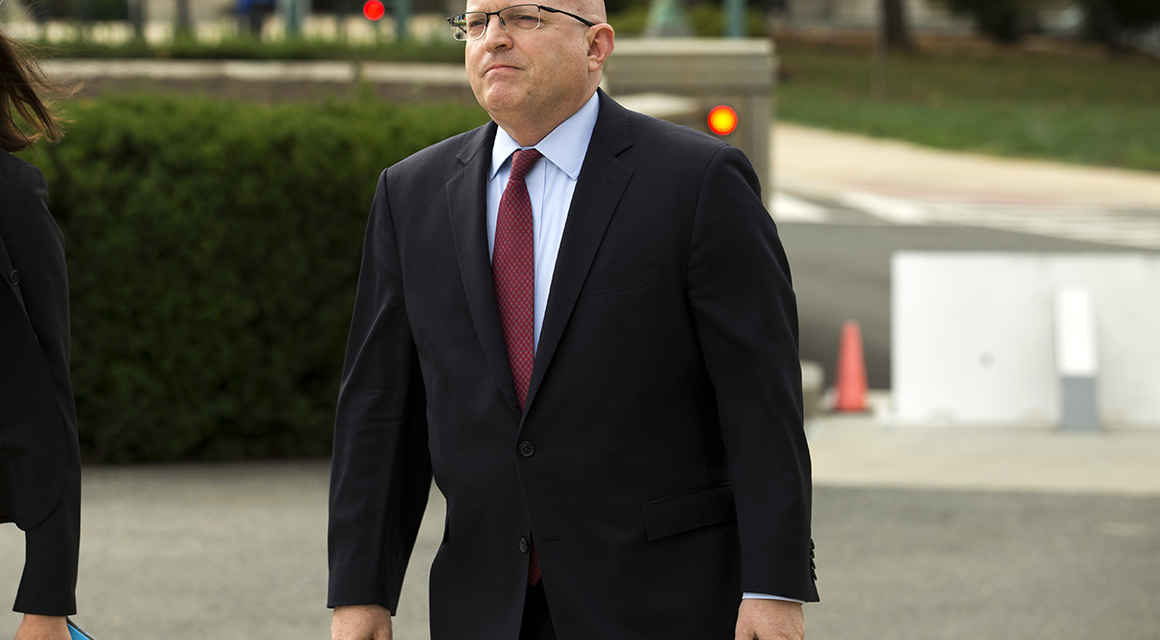 A senior diplomat tells House investigators of failed efforts to defend the US Ambassdor to Ukraine, Marie Yovanovitch, amid Donald Trump’s pressure on Kiev to investigate Presidential candidate Joe Biden and the Democratic Party.

Philip Reeker, the State Department official overseeing US policy for Europe, told the House committees on Saturday that he appealed to his superiors to publicly support Yovanovitch.

Trump’s personal attorney Rudy Giuliani saw Yovanovitch as a barrier to his months-long campaign for the investigations of Trump’s rivals and to cover up Russian involvement in the 2016 election. The Ambassador was prominent in her criticism of corruption in Ukraine, and several of Giuliani’s Ukrainian contacts — notably former Prosecutor General Viktor Shokin and his successor Yuriy Lutsenko — had been removed or put under pressure by anti-corruption initiatives.

Trump finally recalled the Ambassador in May, as new Ukrainian President Volodymyr Zelenskiy was inaugurated. Trump’s July 25 call to Zelenskiy, pressing for the investigations, and revelations about the Trump-Giuliani campaign have triggered the impeachment inquiry.

In more than eight hours of testimony, Reeker spoke of his concern about a smear campaign against Yovanovitch, which included Giuliani’s TV interviews and his feeding of false information to an opinion writer for The Hill site. The diplomat contacted David Hale, the third-highest-ranking official in the State Department, and T. Ulrich Brechbuhl, the closest adviser to Secretary of State Mike Pompeo.

Reeker said he never discussed Yovanovitch with Pompeo. Hale’s staffers eventually told him that there would be no public statement in her defense.

Brechbuhl has been subpoenaed by the House committees for his testimony. Pompeo is resisting an appearance before the investigators, and has unsuccessfully tried to block testimony by current and former State Department officials.

A source told The Washington Post that Reeker’s “understanding” is that the decision not to back Yovanovitch “came from on top”.

Reeker supported his account with a binder filled with printouts of his e-mails and texts.

In the past month, the White House’s stonewalling of the inquiry has been broken by a series of revelations in testimony by the current and former officials. Last week William Taylor, the US chargé d’affaires in Ukraine, gave a detailed recollection which included the link between Trump’s suspension of security assistance for Ukraine and the demand for the investigations.

A day later, in an attempt to block or undermine the hearings, about two dozen Republican representatives stormed the closed-door sessions in a secure facility in the Capitol.

Reeker said he was aware of the freeze on US military aid to Ukraine, but did not know the reason behind it. The Washington Post’s source said the official was not involved in any conversations about pressure on Ukrainian President Zelensky.

But Reeker corroborated the accounts of others, such as US envoy to Ukraine Volker and Taylor, of an “irregular channel” — led by Giuliani and involving Volker and US Ambassador to the European Union Gordon Sondland — bypassing official US foreign policy.

“In that universe, [Reeker] wasn’t taking the lead,” the Post source said.

In addition to scheduling an appearance with Brechbuhl this week, the House committees have added other State Department officials to their witness list, including Ukraine specialists Catherine Croft and Christopher Anderson.