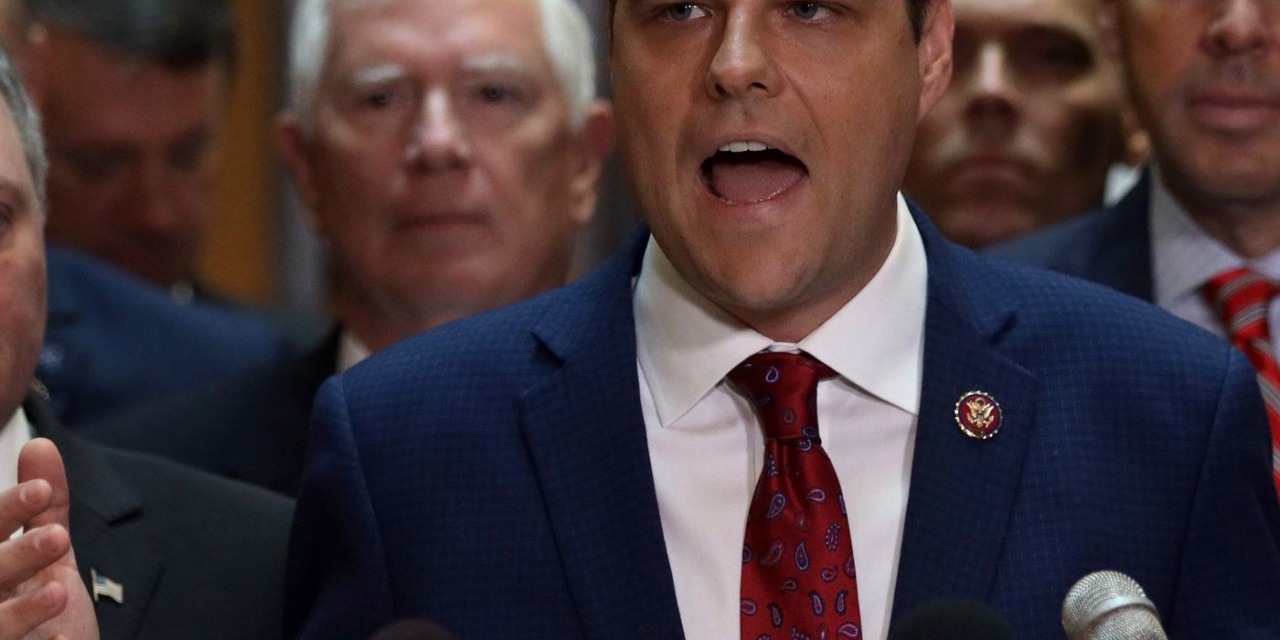 More than 20 Republican legislators storm a House hearing on the Trump-Ukraine affair on Wednesday, as evidence builds over the campaign by Donald Trump and his attorney Rudy Giuliani for Kiev’s investigation of Presidential candidate Joe Biden and the Democratic Party.

Meanwhile, Trump’s agitation over GOP support in any impeachment trial grows, as he railed against Republican “Never-Trumpers” in a series of tweets.

In an operation planned for at least a week, the legislators rushed into a room where the House Intelligence Committee were interviewing Assistant Secretary of Defense Laura Cooper, including over a link between Trump’s suspension of $391 million in military aid to Kiev and his demand for the investigations.

Trump’s defense that there was no “quid pro quo” has crumbled in the past week. The top US diplomat in Ukraine, William Taylor, gave detailed testimony on Tuesday about the Trump-Giuiani “irregular channel” and the link, and White House Chief of Staff Mick Mulvaney unwittingly supported the aid-investigations connection in a bungled press conference.

About two dozen Republican members of the House chanted “Let us in! Let us in!” as they charged past Capitol Police officers into the secure rooms of the House committee. They shouted at committee chair Rep. Adam Schiff, a leading target of Trump’s invective, and initially refused to give up their mobile devices, banned in the room.

The operation, criticized as a “stunt” by Democratic committee members, delayed Cooper’s testimony for five hours as the GOP legislators ate pizza and Cheez-It crackers. It also set up a disinformation campaign that the Democrats were barring Republicans from hearings designed as a “coup” against Trump.

In fact, all Republican members of the three House committees conducting the hearings — Intelligence, Foreign Affairs, and Oversight and Reforms — partipicate. About 1/4 of the House’s Republicans are on one of the three panels.

But legislators, both Republican and Democrats, who are not committee members are not allowed into closed-door sessions.

The GOP representatives held a press conference to spread their falsehood, and Trump’s staff used his Twitter account to retweet the claims, including by House Minority Whip Steve Scalise.

Democrats are trying to deny Republican Members of Congress access to Schiff's secret impeachment proceedings. What are they hiding??

A Republican representative, who was among the group rushing the room, revealed that the operation had been planned since last week, but the stakes were raised on Tuesday when Taylor, the US charge d’affaires in Kiev, said, “I realized that one of the key pillars of our strong support for Ukraine was threatened. The irregular policy channel was running contrary to the goals of longstanding US policy.”

Cooper defied the Pentagon, which was implementing White House efforts to block witnesses and documents, to testify after she was subpoenaed by the Intelligence Committee. Members said her evidence was less dramatic than Taylor’s, providing technical details about the military aid, but buttressed the account of the connection with Trump’s demand for investigations.

“Several lawmakers” said the testimony helped show that the handling of Ukraine aid by the White House, in a process including Chief of Staff Mulvaney, deviated from the normal process.

In contrast to their House colleagues, GOP senators showed their concern on Wednesday about the weight of the evidence. Senator John Thune, the second-ranking Republican in the chamber, said:

The picture coming out of it, based on the reporting that we’ve seen, I would say is not a good one. But I would say also that until we have a process that allows for everybody to see this in full transparency, it’s pretty hard to draw any hard and fast conclusions.

On Tuesday, Senate Majority Leader Mitch McConnell backed away from his unconditional support of the White House, denying Trump’s claim that McConnell had praised a “perfect call” between Trump and Ukrainian President Volodymyr Zelenskiy on July 25.

That call, seeking the investigations, came days after Trump suspended the military aid. It was central in the formal complaint, by the CIA liasion with the White House on Ukraine, which has been the catalyst for the impeachment inquiry.

And Rep. Francis Rooney broke from the House group that stormed the House hearing: “I wouldn’t have done it. That’s what they like to do. The whole reason I said I want to see the facts is I don’t want to do ideological things.”

Trump’s agitation that Republicans may support impeachment and a trial built last week as he admonished them to “get tougher” and insulted Sen. Mitt Romney, the GOP Presidential nominee in 2012.

Both Trump’s anger and his worry came out in a Wednesday afternoon tweet:

The Never Trumper Republicans, though on respirators with not many left, are in certain ways worse and more dangerous for our Country than the Do Nothing Democrats. Watch out for them, they are human scum!

Trump continued to rail on Twitter throughout the day, labelling US diplomat Taylor as well as Republican legislators as “Never Trumpers”. He attacked:

It would be really great if the people within the Trump Administration, all well-meaning and good (I hope!), could stop hiring Never Trumpers, who are worse than the Do Nothing Democrats. Nothing good will ever come from them!