Iran Daily: France’s 1-Month Deadline for Tehran and US to Enter Talks 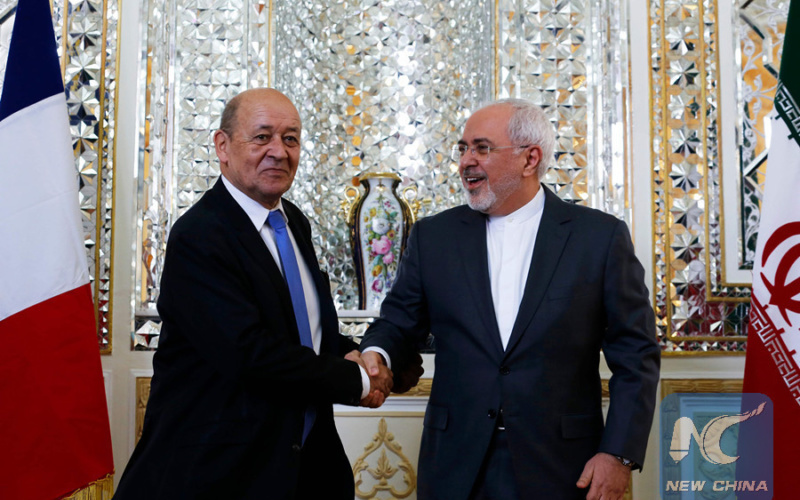 France has said Iran and the US must enter talks within a month over the 2015 nuclear deal, sanctions, and tensions in the Persian Gulf.

Foreign Minister Jean-Yves Le Drian told Parliament on Thursday of the risk of Tehran’s further suspensions of commitments under the deal with the remaining 5+1 Powers (UK, France, Germany, China, and Russia), from the Trump Administration withdrew in May 2018.

Iran has said its next suspensions will be at the start of November. Since late June, Tehran — rejecting an European attempt at an economic link to bypass US sanctions — has exceeded the deal’s limit on stocks of 3.67% uranium, raised enrichment to 4.5%, and reinstalled advanced uranium centrifuges.

On Wednesday, the Supreme Leader told Revolutionary Guards officers, “We will seriously pursue reduction of our commitments.”

Ayatollah Khamenei did not specify the next suspensions. So far, Iran has refrained from returning to its pre-2015 production of 20% uranium, which can be further enriched to military-grade 90%.

These measures risk leading to a new period of tension and new escalation so we must take advantage of the political space that exists to move forward….

We consider that these [diplomatic] initiatives, which didn’t succeed, are still on the table. It is up to Iran and the United States to seize (them) in a relatively short amount of time.

The Supreme Leader has shifted from his declaration earlier this year that talks with the Trump Administration would be “poison”. However, he is setting the condition that comprehensive US sanctions, imposed last November, are lifted.

President Rouhani reiterated the line when French President Emmanuel Macron tried to set up an encounter in which Trump would communicate via speaker into a hotel conference suite. Rouhani kept Macron waiting and eventually refused to come out of his hotel room.

Macron launched a mediation effort in July, shuttling between Trump and Rouhani. France proposed a $15 billion line of credit to Iran, in return for Tehran lifting its suspension of commitments under the nuclear agreement. However, the attempt was blunted by France’s need to get US acceptance of any line of credit, protecting French financial institutions from American punishment.