Iran Daily: How Rouhani Kept Trump Waiting on the Phone 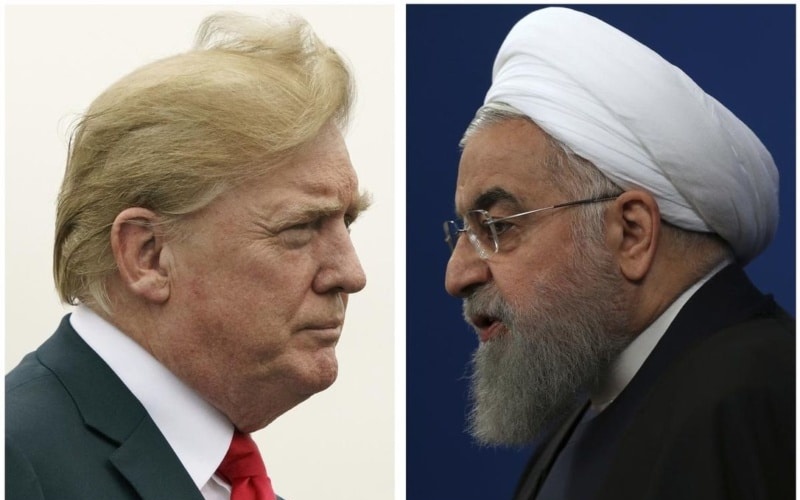 French President Emmanuel Macron tried to set up the conversation last Tuesday night on the sidelines of the UN General Assembly, which both Trump and Rouhani. The Iranian President was to come oout of his hotel suite and walk into a secure room with Trump’s voice on the speaker.

But the Iranian delegation was caught by surprise by Macron, who had pursued mediation between Washington and Tehran since early July. Macron and his advisors waited as Rouhani’s team sent out messages.

The Iranian President finally decided not to leave his room, seeing no advantage if there was no guarantee of the easing of comprehensive sanctions imposed last November by the Trump Administration. Macron left and Trump did not get his headline.

Sources recounted the episode to The New Yorker’s Robin Wright, which followed a 24-hour effort with appeals to Rouhani by the British, Japanese, and Pakistani Prime Ministers and the German Chancellor.

Earlier on Tuesday, Macron had said alongside Rouhani, “If he leaves the country without meeting President Trump, honestly, this is a lost opportunity. Because he will not come back in a few months and President Trump will not go to Tehran.”

Rouhani laughed but made no commitment. “So they have to meet now,” Macron said. UK Prime Minister Boris Johnson added, “You need to be on the side of the swimming pool — and jump at the same time.”

Iran’s Supreme Leader has authorized talks with the Americans, but only if all sanctions are lifted. And Rouhani and his Foreign Minister Mohammad Javad Zarif, though considered “centrists” vs. hardline factions within the regime, are wary of Trump, who withdrew the US from the 2015 agreeement between Tehran and the 5+1 Powers (US, UK, France, Germany, China, and Russia) in May 2018.

The wariness was not helped by Trump’s aggressive speech to the UN General Assembly last Tuesday, declaring that “no responsible government should subsidize Iran’s bloodlust” and pledging:

As long as Iran’s menacing behavior continues, sanctions will not be lifted. They will be tightened. Iran’s leaders will have turned a proud nation into just another cautionary tale of what happens when a ruling class abandons its people and embarks on a crusade for personal power and riches.

Zarif told The New Yorker’s Wright later, “This was just a game to get us to a meeting without any assurances that Trump would deliver.”

On Wednesday, Trump barred Iranian officials and their families from entering the US. Iran’s Supreme Leader appeared to reject Macron’s mediation that Europeans had not fulfilled their commitments in the nuclear deal: “This is the strongest reason why we should not trust them in any field.”

Trying to salvage the nuclear deal and ease tensions in the Persian Gulf, Macron launched a mediation effort in July, shuttling between Donald Trump and Iranian President Hassan Rouhani. France proposed a $15 billion line of credit to Iran, in return for Tehran lifting its suspension of commitments under the nuclear agreement.

Macron renewed the effort this week on the sidelines of the UN General Assembly. But his attempt has been blunted by France’s need to get US acceptance of any line of credit, protecting French financial institutions from American punishment.

Rouhani did appear to crack the door open on Wednesday, in his speech to the UN General Assembly, for talks — if sanctions are lifted: “If we wish to take a step above and beyond the JCPOA [nuclear deal], that is possible. But the proper foundation would lie upon the full and exact implementation of the JCPOA.”

Trump’s primary interest was in denying that he was on the phone:

Iran wanted me to lift the sanctions imposed on them in order to meet. I said, of course, NO!